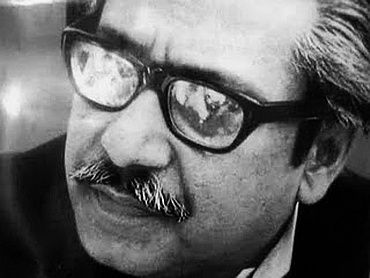 Bhutan’s recognition of Bangladesh without waiting for Indian advice was a clever move. It was a calculated gamble to assert its independence, says Ambassador T P Sreenivasan.

T himphu, the capital of Bhutan had very few comforts in 1971. For us, who went to Bhutan from Tokyo, with a nine-month old baby 42 years ago, the feeling was that we had walked backwards in time by about half a century.

The first motorable road was opened only in 1968 and there were no commercial flights into Bhutan. The drive from the border town of Phuntsholing in India to Thimphu took the whole day, with a lunch break at Chukha, a small rivulet at that time, but a gigantic hydro-electric project now. Electricity was a rarity and we had to huddle around a bukhari , which burns wood to provide a level of comfort in the bitter cold.

Life did not, however, stand still in Thimphu. 1971 was an exciting year in Bhutan and as the only diplomatic mission in the country, India was very much a partner in the changes that took place. Even at a time when tension was high on the India-East Pakistan border, Bhutan and we were celebrating Bhutan’s admission to the United Nations in September 1971. Celebrations went on for days together as the UN admission marked a turning point in Bhutan’;s history.

King Jigme Dorji Wangchuk personally participated in the festivities. India took time to take this decision and Bhutan was quite excited when India, in a grand gesture, sponsored Bhutan for admission to the world body.

According to the 1949 treaty between India and Bhutan, Bhutan had agreed ‘to be advised by the Government of India in regard to its external relations,’ and therefore, India’s support was necessary for Bhutan to make any initiatives in foreign policy.

T he Indian gesture was of immense value to Bhutan and there was a new high in India-Bhutan relations. At a moment when India was seeking support from the international community, the emergence of a close friend in the UN was very welcome for India.

The tension between India and Pakistan rose sharply by the end of November and it was clear that a war was imminent. We had nothing but the All India Radio for news. Not being far from the war zone, Bhutan had a sense of foreboding. The Indian Military Training Team and the Border Roads Organisation were on full alert. Pakistani strikes in the western sector were the spark that lit the fire in the east.

As we were eagerly following news of the war, the announcement came on December 9 that India had recognised the independent state of Bangladesh. Ambassador Ashok Gokhale, the representative of India, as he was designated, was in India for consultations and I was acting in his place with less than four years experience in diplomacy. I felt very important representing India in Bhutan at a critical time.

A few hours after we heard the news of the recognition of Bangladesh by India, I received a call from Lyonpo Dawa Tsering, the foreign minister, one of the most intelligent and suave Bhutanese diplomats I ever met, asking me to meet him immediately in his office. I thought that it was to seek information on the war and to express solidarity. But he promptly handed me a note conveying the news that Bhutan had decided to recognise Bangladesh.

I was overjoyed to receive the news and I rushed back to the mission to break the news to Delhi. AIR had the first headline that evening that, following India’s recognition, Bhutan had also decided to recognise Bangladesh. Ambassador Gokhale told me on the phone that he was going to return to Thimphu the next day with a letter advising Bhutan to recognise Bangladesh.

Bhutan had clearly anticipated it and decided to act on its own and the King knew that it would please India immensely.

I t is quite possible that the King acted with alacrity and conveyed the news even before India recognised Bangladesh. If he actually did that, he was carrying out two diplomatic coups, as against the one we had sensed earlier.

According to the 1949 treaty, Bhutan should be guided by India in foreign policy and, strictly speaking, the announcement was a violation of the letter of the treaty, though not the spirit of it. The King was absolutely certain that India would be delighted and that no procedural objection would be raised.

Even the thought of questioning Bhutan on this matter did not cross the minds of the Indian leaders. But if he did recognise Bangladesh before India did, he was taking a calculated risk. If India’s intention was not to recognise Bangladesh immediately and to hold Pakistani territory for tactical reasons, Bhutan would have ruined it and incurred the wrath of India.

The King was too shrewd to make such a mistake and must have taken the actual decision and announced it only after the Indian recognition.

But we have no reason to doubt the Bangladeshi government that it was informed about Bhutan recognition even before the Indian move. This will remain a mystery, unless Bhutan itself reveals the sequence.

The mystery is inconsequential at this time, but it may be of historic importance to know when Bhutan decided to take an independent path in foreign policy. Within months after its entry into the UN, Bhutan showed signs of taking an independent line at the UN on issues, which were not crucial for Indian interests. It became active in the group of land-locked countries and the group of least developed countries, which had a perspective different from that of India. The treaty itself was amended several years later to accommodate the aspirations of Bhutan.

Bhutan’s recognition of Bangladesh without waiting for Indian advice was a clever move, but if it did it even before India did, it was a calculated gamble to assert its independence.

Ambassador T P Sreenivasan, (IFS 1967), is a former Ambassador of India and Governor for India of the IAEA. He is currently Executive Vice-Chairman, Kerala State Higher Education Council and Director General, Kerala International Centre. He has just published Applied Diplomacy Through The Prism of Mythology .

Who recognised Bangladesh first? have 1333 words, post on www.rediff.com at December 15, 2014. This is cached page on Asean News. If you want remove this page, please contact us.