In his big new single-payer health care bill, Senator Bernie Sanders says he wants to turn the country's health system into "Medicare for all." But his bill actually outlines a system very different from the current Medicare program.

The Sanders plan envisions changing Medicare in two important ways. First, it would make it more generous than it has ever been, expanding it to cover new types of benefits and to erase most direct health care costs for consumers. Those changes would tend to make it more expensive.

But it also would put the Medicare program on the sort of diet it has never attempted. Those changes, still in sketch form in the legislation, are in many ways the heart of its long-term overhaul plan. The changes are intended to make the health care system more affordable, but the details could have big effects on what sorts of care might be developed and made available.

Medicare, the 52-year-old health insurance program for older people and the disabled, is enormously popular. Structured as an essentially open-ended entitlement, Medicare establishes a menu of covered medical treatments at certain prices, and then pays doctors and hospitals whenever a beneficiary uses them. The total amount that Medicare spends increases depending on how many people enroll, and how many medical services they use. So far, there is no real cap on how much money Medicare can spend.

The Sanders plan — which has no near-term chance of advancing with Republicans in power — would change that. Most crucially, it would expand the program so that every American would eventually get insurance from Medicare instead of private companies or other public programs. The employer health insurance system, the Affordable Care Act exchanges and most of Medicaid would be eliminated.

Mr. Sanders says that the transition to the Medicare program would achieve several goals : It would ensure universal coverage, it would improve the affordability of health care for many Americans and it would save the country money.

Whether it can achieve that third goal depends a great deal on how the new Medicare-for-all system would be managed, and the Sanders plan leaves a lot of those details unclear for now. Covering everyone would not, by itself, make the health care system in the United States as inexpensive as those of other nations with universal health care systems. That sort of cost control would require its own set of policies and difficult choices.

In his news conference introducing the bill on Wednesday, Mr. Sanders focused his ire on insurance and drug companies, two profitable sectors of the health care system. But insurance and drug company profits don't make up the bulk of America's health care spending. Single-payer advocates argue that the simplicity of a single, government payer would reduce paperwork and office staff, and that is almost certainly true. But most spending in the health care system is on medical care from doctors and hospitals — and squeezing savings there may be harder .

To get savings from those areas might require reducing doctors' pay or hospitals' numbers of medical professionals. It could require eliminating some medical treatments that are currently offered. Even cutting spending on pharmaceuticals would have ripple effects, potentially limiting access to new or expensive treatments, or reducing investment in new technologies. 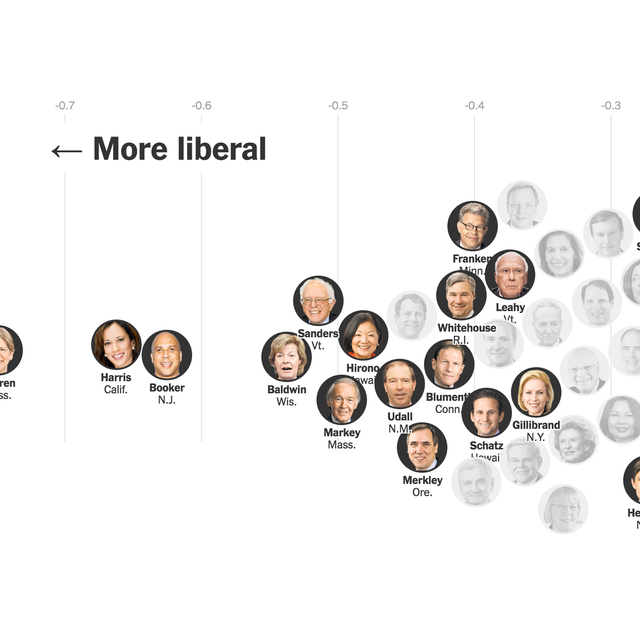 The ideological makeup of senators who support the health plan.

The bill specifies that Medicare would be run with an annual budget, leaving government officials to decide how to make the country's medical spending conform to such totals every year. It also says that the government should evaluate the effectiveness of different medical treatments. Such a system has precedent: Several countries, including Canada and Britain, establish health care budgets that must be met and assess the value of medical services to determine what should be covered.

But such budgets and limits have been politically toxic in the United States, where politicians have been reluctant to say that the government should restrict care. The Affordable Care Act established a theoretical limit on spending per Medicare beneficiary, establishing a board that would reduce costs if a cap were met. But that board, assailed as a "death panel," has never been called upon to make such choices, for no members have ever been nominated to it.

Mr. Sanders sells the bill as a broad expansion of care, by ensuring that all Americans have similar, broad benefits and little financial exposure to medical bills. At Wednesday's event, he stood flanked by several prominent Democratic co-sponsors and medical providers who offered testimonials about how a Medicare-for-all plan would improve access to needed health care.

The plan increases the generosity of Medicare substantially. It adds coverage for dentistry, optometry and audiology care, not part of the traditional program. It also eliminates premiums, deductibles and most co-payments for medical care, which are significant costs for many people.

The size of the Medicare budget is also unspecified. In part, that's because the Sanders bill does not establish a funding mechanism for its planned overhauls. In a separate white paper , Mr. Sanders's office spells out some possible revenue sources, including increases to payroll taxes, and to high-end income taxes and some corporate taxes. But those funding streams, politically risky in their own right, would need to be debated and measured before the realistic scale of the Medicare-for-all budget would be clear.

This different Medicare would face the push and pull of expanded reach and fixed means: one that would tend to increase the cost to the government for care, and one devised to reduce it. Just what sort of Medicare program results would depend on the government that runs it.

How the Bernie Sanders Plan Would Both Beef Up and Slim Down Medicare have 1072 words, post on www.nytimes.com at September 13, 2017. This is cached page on Asean News. If you want remove this page, please contact us.