Protests against police brutality in Nigeria are growing despite the government’s decision to end the Special Anti-Robbery Squad. The demonstrations started after a widely shared video on social media appeared to show SARS officers abusing a victim.

On Monday, Nigeria’s police force announced that it had invited the International Committee of the Red Cross (ICRC) to offer training to the newly established Special Weapons and Tactics unit. SWAT was created to replace the SARS force, which was dissolved on October 11.

“While it’s certainly a good initiative to have external training of state security apparatus accused of unprofessionalism, it’s very difficult to see how this initiative alone is going to placate the protesters,” Brian Cummings, a security expert on Nigeria, told DW.

Read more: Could Nigeria’s #EndSARS protests grow into a movement? 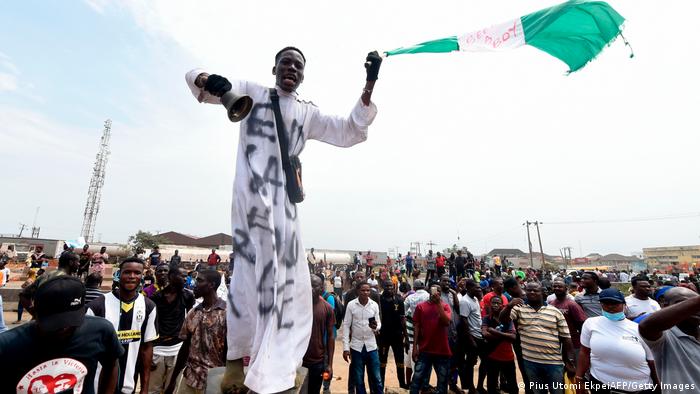 In Nigeria, a country of more than 200 million people, the average age is 18

According to the Inspector General of Police, Mohammed Adamu, former SARS members cannot join the SWAT unit. “We don’t have many details about how SWAT is going to operate,” Isa Sanusi, Amnesty International’s spokesperson in Nigeria, told DW.

“But the way the protests have been going on despite the actions the government claims to be taking shows that Nigerians are not convinced,” Sanusi said. Nigerians have had experiences where the authorities promised that they would reform the police, but little happened at the end of the day. “They had promised to change the way SARS operated with brutality and impunity for so long, and nothing has changed. SARS continued to commit torture, extort Nigerians, and commit extrajudicial killings,” Sanusi said.

“That is why even now Nigerians don’t trust their leaders when they say that they are going to replace SARS with a better well-trained human-rights compliant force.” According to Sanusi, the Nigerian government has time and again missed out on opportunities to carry out proper police reforms.

Protests in the south, support for SARS in the north

Whereas protesters have been quite active in the south of the country, counter-demonstrations supporting SARS have taken place in northern Nigeria. Mayowa Adebola, a political analyst, says people in the north support SARS because the police unit never employs the same brutality in the north as in the south, where it is notorious for killings. “Check the record yourself, check the records for the brutality, for the murdering it is all in the south, it does not get to the core north,” Adebola told DW.

Read more: Opinion: The power of celebrity over state menace 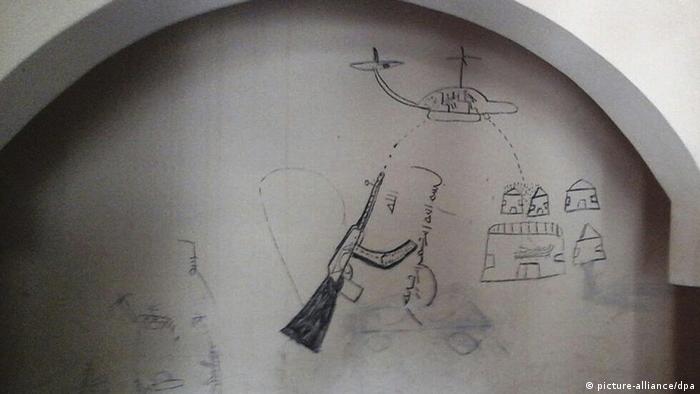 The northern part of Nigeria is dealing with banditry, kidnappings, and the Boko Haram insurgency. “The north is not safe from the things that triggered the SARS protests. It is just that the north has different problems that it is contending with, which are quite different from the issue of SARS,” Sanusi said.

According to DW correspondent Sam Olukoya, open support for SARS in the north would further fuel the south’s feeling that the police, which is seen to be northern dominated, adopts different standards between the north and south.

For Nigerian security analyst Cummings, the #EndSARS protests continue to show Nigeria’s underlining bitter divisions. “We do know that northwestern Nigeria is the stronghold of President Muhammadu Buhari. Participating in these protests would be seen as going against Buhari’s administration.”

On Monday, Amnesty International said at least 15 people, including two police officers, have been killed since the protests erupted.

Some protests against SARS have been violently broken up. In two incidents in Nigeria’s commercial capital, Lagos, unknown armed men attacked peaceful protesters.

Olatunde Joshua Oluwanifemi described the attackers as hired thugs. “So apparently they paid them 1,500 Naira ($3,900/€3,300) and they told them to come with knives, with sticks and the likes. The aim is to destabilize the whole protest, scatter us so that we can leave,” Oluwanifemi told DW. “It’s like we are a problem to some people, but we will continue to do what we are doing until all our prayers are answered.” 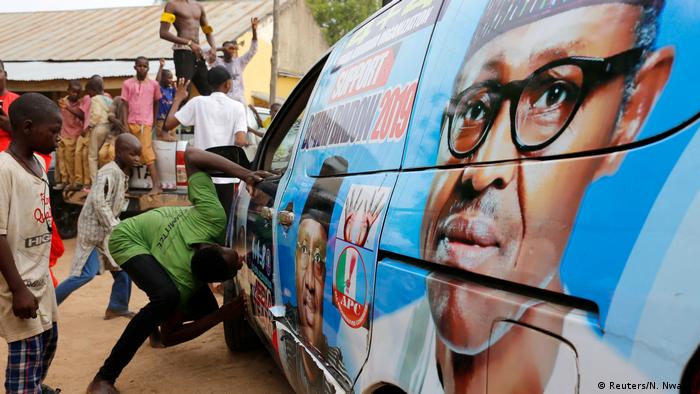 Muhammadu Buhari, Nigeria’s president since 2015, was born in northwestern Katsina State in 1942

It is suspected that pro-government politicians pay the attackers. Gbenga Sonoiki of Activists for Good Governance says the government must investigate the attacks. “We will not accept it. We will also do our investigation to ensure that those who are involved are not left unpunished,” Sonoiki told DW.

Joined by celebrities and armed with the #EndSARS hashtag, Nigerian protesters managed to pressure the government to dissolve the notorious SARS police unit. However, the demonstrators’ demands have since changed to include sweeping changes in the police and compensation for victims of police brutality.

Some observers now fear the protests may have taken a life of its own. “The question is whether it’s dangerous for Nigeria as a country or the current administration,” Cummings said. The momentum that the protests have enjoyed has managed to open up other grievances in the country, including northern Nigeria, where people protested against banditry.

“But for what it’s worth, Nigerians are holding their government to account for the first time in contemporary history,” Cummings said.

#EndSARS protests expose Nigeria's fault lines have 1120 words, post on www.dw.com at January 20, 2020. This is cached page on Asean News. If you want remove this page, please contact us.