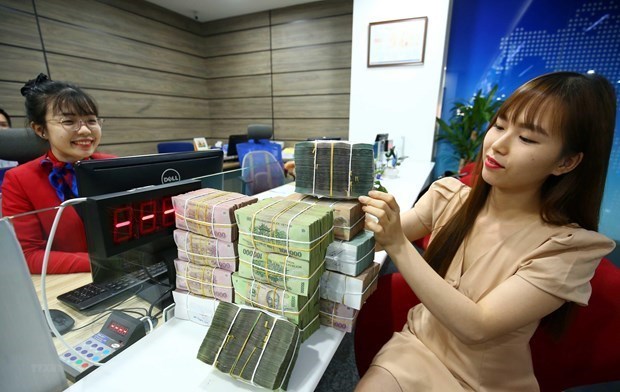 Le Minh Tan, Director of the city Department of Labour, Invalids and Social Affairs, said that preferential loans would be offered to employers to maintain production, retain workers and ward off bankruptcy with priority given to micro and small-sized enterprises.

"Unlike the previous package under the Government's Resolution 12, the second package will provide SMEs with easier access to preferential credit, and not require a 50 percent cut in payroll or fall in revenues [to qualify].

"Instead, businesses can borrow to maintain their production and [retain] employees if their revenues declined by just 20-30 percent from the fourth quarter of 2019."

The package would involve the active participation of commercial credit institutions, he said.

The city's credit institutions had loans outstanding of 2.38 quadrillion VND (102.5 billion USD) as of the end of August, an estimated 3.68 percent up for the year, the lowest rate in many years. But the State Bank of Vietnam (SBV) said cash is still being pumped into key areas of the economy.

Short-term loans provided to the city's five priority sectors (agriculture and rural development, production of goods for exports, small- and medium-sized enterprises, supporting industries, and high-tech enterprises) were worth 176.26 trillion VND as of the end of August.

On the central bank's instructions to offer relief to pandemic-hit companies, credit institutions gave 240,407 firms in the city loans worth 583.15 trillion VND.

As stipulated by the SBV, the banks reduced interest rates, rolled over debts and did not classify overdue debts owed by affected businesses as bad.

Nguyen Hoang Minh, Deputy Director of the SBV's HCM City Branch, said 230,700 borrowers had so far benefited from these policies as of the end of June.

Interest rates had been cut on loans worth over 49.97 trillion VND given to nearly 17,420 borrowers, and new soft loans worth more than 270.42 trillion VND were offered to over 44,600 pandemic-hit customers.

In addition, around 168,670 borrowers have had their loan payment deadlines extended, he said.

The banking industry would continue to focus on efforts to resolve challenges faced by businesses based on guidelines issued by the Government, the central bank and the city People's Committee, he added.

Speaking at a recent meeting, Chairman of the municipal People's Committee Nguyen Thanh Phong said the city would announce specific policies to help enterprises and industries heavily affected such as travel, restaurants, hotels, and transport- and tourism-related services.

More than 21,000 city businesses have suspended operations and laid off a large number of employees, he said.

"The top priority is to help businesses maintain production and avoid bankruptcy, and prevent more workers from losing jobs."

Small and medium-sized enterprises, which account for 98 percent of all enterprises, have been seriously impacted, he said.

Services, which account for more than 60 percent of the city's economy, have been hit hardest, especially tourism and accommodation.

Tan said his department would take whatever measures needed to safeguard people's jobs and incomes.

To protect workers, the department has set up working groups to support businesses and ensure employees are treated in accordance with legal provisions, he said.

In March city authorities approved a support package targeting poor families and 600,000 workers and teachers at private pre-schools who had lost their jobs.

Prime Minister Nguyen Xuan Phuc earlier approved a relief package worth over 62 trillion VND (2.7 billion USD) to benefit around 20 million people nation-wide, with a focus on workers who lost jobs or incomes and businesses affected by the pandemic.

According to city authorities, 90 percent of 8,400 enterprises facing difficulties are eligible for the 62 trillion VND package./.

HCM City unveils 517 million USD aid package for SMEs have 768 words, post on en.vietnamplus.vn at October 2, 2020. This is cached page on Asean News. If you want remove this page, please contact us.