Chances are, you already know quite a bit about the cherry blossom flower, or sakura.

The delicate and ephemeral flower not only represents the arrival of spring, but also the circle of life.

This change in scenery also reminds the industrious Japanese to take a break from work, open picnic mats in nearby parks and just relax.

A brief history of Hanami

The act of gathering under sakura trees to eat, drink and socialise is called hanami , which translates to "flower viewing".

Marking the beginning of the rice planting season, hanami was initially only enjoyed by Japanese nobility .

Dating back to the Nara period (710–794AD), it was ume (plum) blossoms or momo (peach) that people admired at that time.

Eventually, sakura, being similar in appearance to ume blossoms, gained popularity and became synonymous with hanami .

Rulers of the archipelago would eventually plant cherry blossom trees across Japan, so that sakura and hanami can be enjoyed by people of all social strata.

Admired by people around the world

Today, the tradition is celebrated by people across the globe.

Over the years, as Japan started gifting sakura trees to various countries as a symbol of friendship, many came to appreciate the significance of hanami .

Before Covid-19 came into existence, many tourists would also flock to Japan to catch a glimpse of the beautiful blossoms before they disappeared. 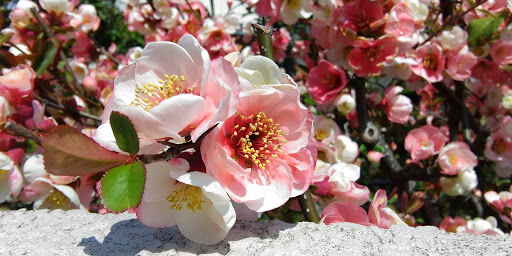 While we won't be able to visit Japan this sakura season, Brazilian flip-flop brand Havaianas has a novel way of bringing the spirit of Japan to people.

Founded in 1962, the original Havaianas footwear was actually inspired by the Japanese zori sandals, which is sometimes referred to as the 'finger sandal'.

The first-ever pair of Havaianas was debuted in 1962. Named the Havaianas Tradicional, these slippers had a white base and coloured straps.

Havaianas wearers would express their creativity by flipping the colourful sides of their Havaianas Tradicionals to the top and the white sides to the bottom. This convinced the brand to roll out flip-flops with exuberant designs on their top sides, which reflect Brazil's 'endless summer' vibe.

Naturally, Havaianas grew to become the choice footwear of beach partygoers and sunseekers around the world.

Fun fact: It's pronounced "hav-eye-arnas", which means "Hawaiians" in Portuguese. This spring, the brand has taken a step further with its Sakura collection.

The flip-flops, named Havaianas Slim Cherry Blossom, sport sakura prints on the sun-facing sides of its soles, complemented by gold details, with elements such as adorable miniature cherry blossom flower pins on the straps. 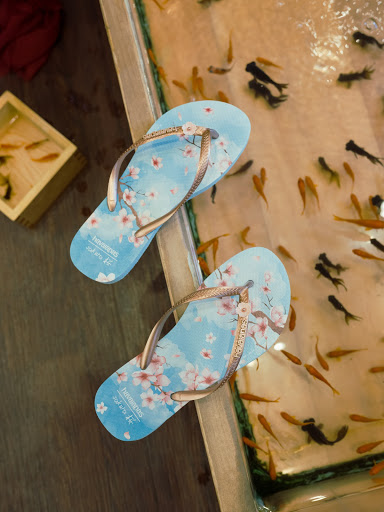 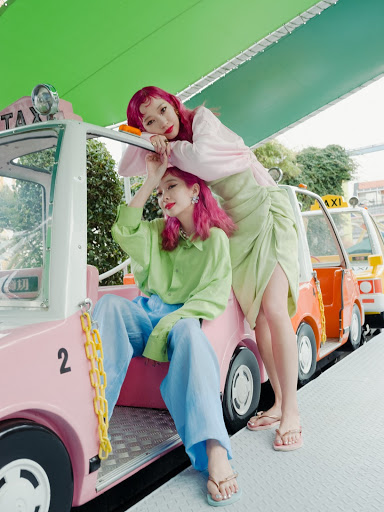 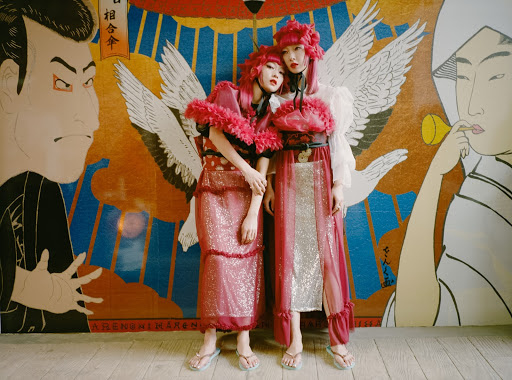 You can view more photos from this photo shoot here .

If the Sakura collection isn't enough for you, you might want to try out this new Instagram filter (in pink and blue ), which adds AR cherry blossoms to your surroundings.

This way, you can take chio sakura photos even when you're stuck in Singapore. The Havaianas Slim Cherry Blossom flip-flops are available in Ballet Rose and Sky Blue and can be purchased from Havaianas boutiques at Bugis Junction #02-20 and Takashimaya Shopping Centre #B1-45 for S$50 a pair.

You can also buy them here with free shipping.

The launch of this hip flip-flop collection made this writer buy more pairs of Havaianas.

People around the world have been admiring sakura blossoms for more than 100 years. Here’s why. have 719 words, post on mothership.sg at January 8, 2021. This is cached page on Asean News. If you want remove this page, please contact us.