A handful of new films set for release later this month are stoking hopes that some business will return to Korea’s deserted movie theaters.

The film, starring Steven Yeun, Han Ye-ri and Youn Yuh-jung, tells the story of a Korean family who move to a small town in Arkansas in the 1980s in pursuit of the American dream.

Then there is “Raya and the Last Dragon,” which hits theaters on Thursday.

The sequel to “Godzilla: King of the Monsters” (2019) and “Kong: Skull Island” (2017) aims squarely at the Asian teenage market and stars B-listers Alexander Skarsgård and Millie Bobby Brown.

Moving more upmarket, “The Book of Fish” by Lee Joon-ik, who is best known for the 2005 hit “The King and the Clown,” hits theaters on March 31.

The movie is about a scholar and bureaucrat who is exiled to a remote island where he becomes fascinated with fish and decides to write about them. It stars Sol Kyung-gu, Byun Yo-han and Lee Jung-eun.

Movie Theaters Come up with Creative Strategies to Dodge Lockdown 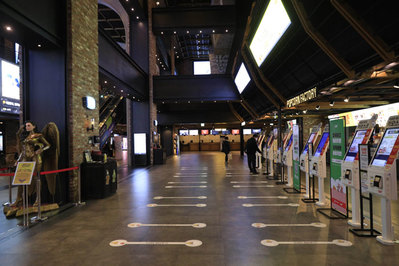 New Films Raise Hopes of Crowds Returning to Cinemas have 428 words, post on english.chosun.com at March 3, 2021. This is cached page on Asean News. If you want remove this page, please contact us.