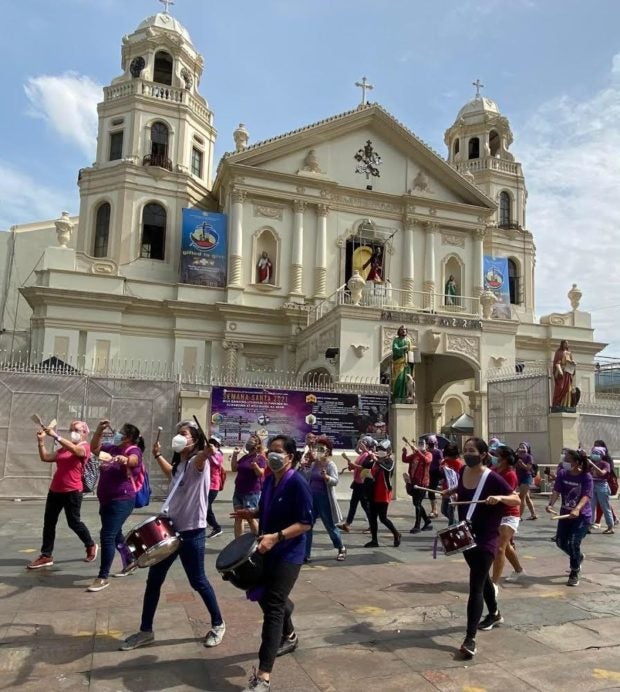 MANILA, Philippines — A feminist group in the country has accused the police of harassing women protesters holding a rally at the Plaza Miranda in Manila on International Women's Day.

According to a statement from the World March of Women (WMW)-Philippines, over 150 women protested at the Plaza Miranda on Monday morning but were stopped by the police. They added that those who participated in the demonstration were "harassed" by the police.

"The police stopped the women from holding the protest march around the Plaza. At least two from Partido Manggagawa were slightly injured when police forcibly took their placards," the group said.

INQUIRER.net has sought comment from the police, but Philippine National Police spokesperson Brig. Gen. Ildebrandi Usana and Manila Police District director Brig. Gen. Leo Francisco said they have yet to receive a report on the protest. Lt. Col. John Guiagui, commander of the MPD Station 3, has yet to respond as of posting time.

In a statement, Jean Enriquez, National Coordinator of the WMW and Executive Director of the Coalition Against Trafficking in Women – Asia Pacific said that the health crisis has "further unmasked the Duterte regime ."

"It has exposed its weak leadership—with its failure in governance and to address the social-economic crises exacerbated by the pandemic," Enriquez said.

"It could only cover up this failure with increased brutality through its security forces, as seen in police harassment of ordinary people while those in authority could violate social and health protocols with impunity, in terrorist-tagging that has led to the murder of activists and civilians, in intensified military operations among urban and rural communities, and in repeatedly dismissing women's capacity for leadership," she added.

Women’s group cries police harassment during Plaza Miranda protest have 532 words, post on newsinfo.inquirer.net at March 8, 2021. This is cached page on Asean News. If you want remove this page, please contact us.