The United States would like to prove that democracies can do big projects and challenge Beijing’s all-but-official stance that the West is in a long-term decline.

Other countries around the world are also looking to ramp up spending to steal a march on their competitors. The Straits Times takes a look at competitive infrastructure plays around the world and the political and economic calculus driving them.

Biden plan challenges US to define its future 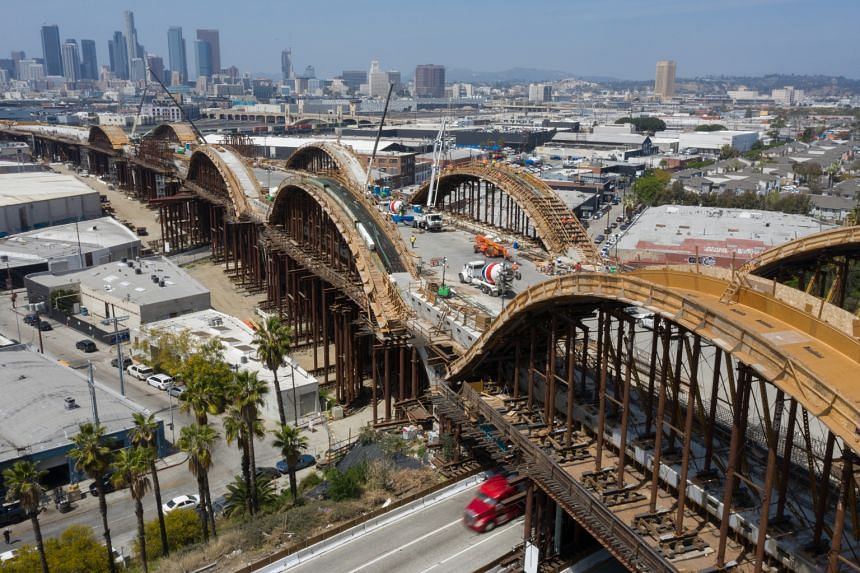 US President Joe Biden’s American Jobs Plan is not only notable for finally attempting an ambitious injection of funds into America’s decaying infrastructure.

It has an ideological agenda as well – to demonstrate, as China looms in the rearview mirror, that democracies are better than autocracies in renewing themselves and delivering for their people.

The plan is also not just about lead pipes, roads and bridges or even high-speed Internet. 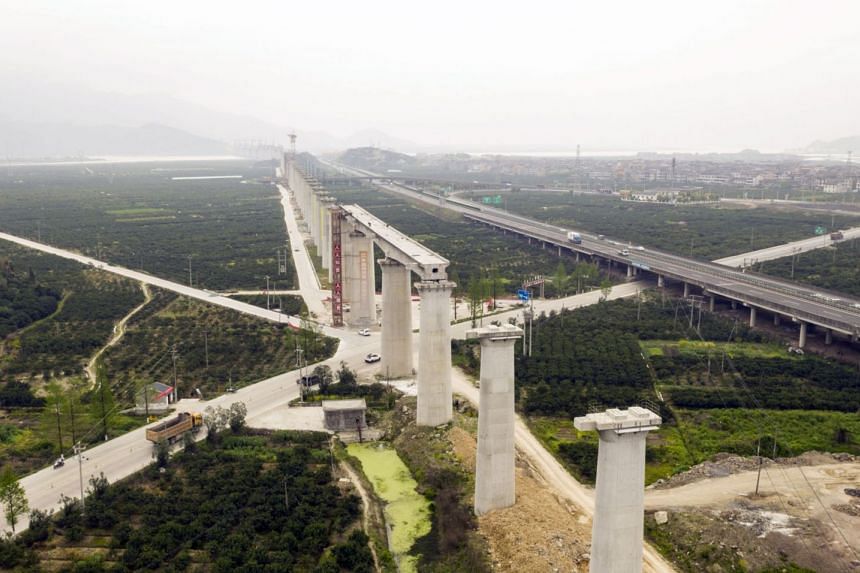 The pandemic has put a kink in President Xi Jinping’s signature Belt and Road Initiative (BRI), as supply chains are disrupted and countries battered by the outbreak delay and even suspend projects.

The havoc wreaked by Covid-19 and the bad press surrounding this ambitious modern-day Silk Road – linking Asia, Europe and Africa via land and sea routes – have forced Beijing to restrategise, positioning the BRI as a “Green Silk Road”, “Health Silk Road” and “Digital Silk Road”.

Data tabulated by the Green Belt and Road Initiative Centre at the Central University of Finance and Economics in Beijing showed Chinese investments in Belt and Road countries last year were US$47 billion (S$63 billion), 54 per cent less than the year before. 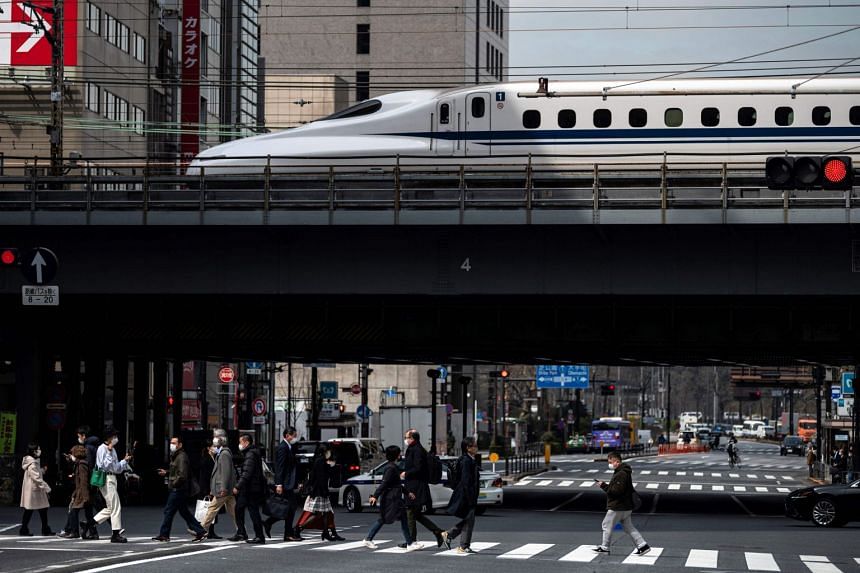 Infrastructure cooperation in third countries will likely be on the agenda when Japanese Prime Minister Yoshihide Suga becomes the first world leader to meet United States President Joe Biden at the White House on Friday (April 16).

The two security allies are working together – under the umbrella of the Free and Open Indo-Pacific vision – to counter China’s Belt and Road Initiative (BRI) that is seen as a strategy for Beijing to expand its diplomatic and economic influence.

Japan’s Yomiuri newspaper, citing sources, said Mr Biden and Mr Suga will likely discuss the export of next-generation infrastructure such as 5G telecommunication network and green technology, as well as the development of smart cities. 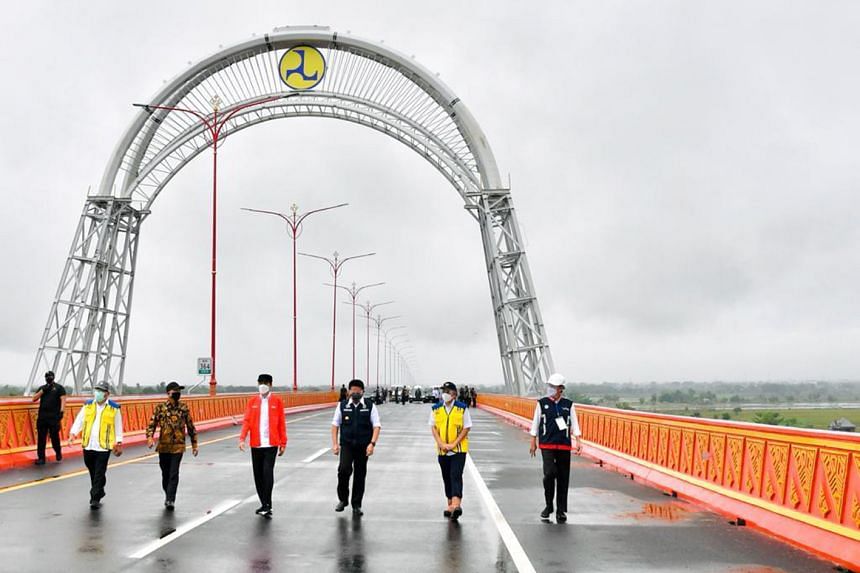 Steep inclines and sharp turns have become a thing of the past for motorists on Indonesia’s Sumatra island after the first highway there opened last September.

Travelling 360km on a completed stretch of the highway – between the busy Bakauheni seaport in the southernmost province of Lampung and Palembang city – took 10 hours, or six hours shorter than on normal roads.

“Our rides are smoother now. We no longer have to experience sharp turns, and go up and down steep slopes,” Mr Andika, who goes by one name, told The Straits Times. The 45-year-old owns a fleet of trucks transporting industrial equipment between the two locations. 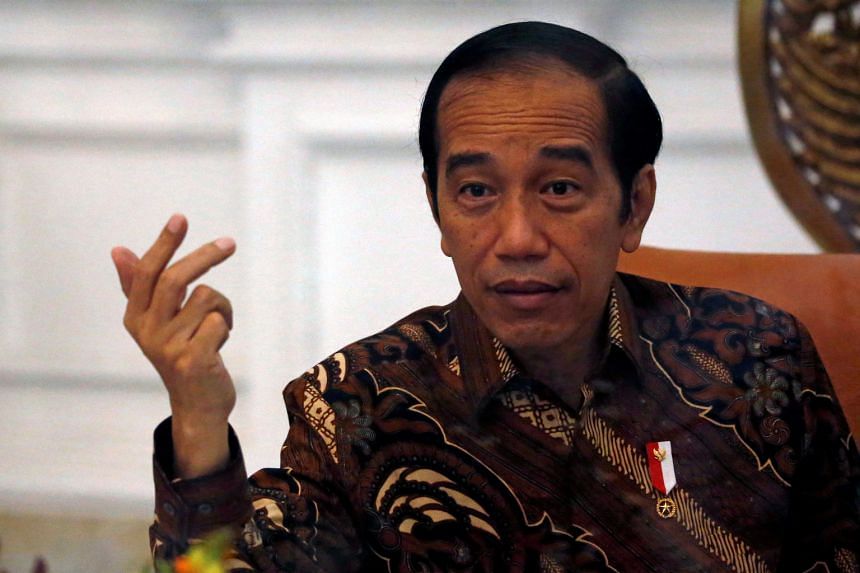 It may have passed with little fanfare, but Indonesia inaugurated its first commercial project in March to deliver piped water to households, reflecting the country’s growing ease with relying on private companies to deliver services on behalf of the government.

When it reaches full capacity, the 2 trillion rupiah (S$184 million) Umbulan Drinking Water Utility in East Java will pipe water for washing and cooking to 310,000 households throughout five districts south-east of Surabaya.

The project relies on an 818 billion rupiah top-up from the central government that makes up the shortfall between what the utility needs to be commercially viable and what the area’s mostly rural customer base is thought to be able to afford. 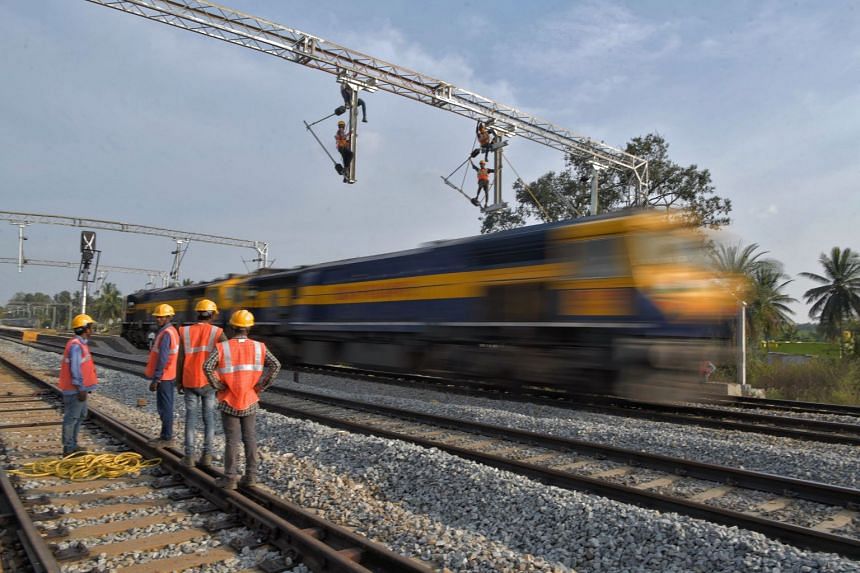 India last year built 36.4km of highway roads per day, up from 28.04km per day the previous year, in what Minister for Road Transport and Highways Nitin Gadkari described as a world record in a year of disruptions.

The Covid-19 pandemic saw the country go into a 21-day nationwide lockdown in March last year that brought economic activity to a grinding halt.

Road construction is just one part of a government-planned infrastructure push to boost exports and attract foreign companies to the country to better compete with China.

Infrastructure wars: Competitive plays in US, Asia and what drives them have 917 words, post on www.straitstimes.com at April 10, 2021. This is cached page on Asean News. If you want remove this page, please contact us.