It was the silence of the traumatised young women she saw before her that convinced dance teacher Amina Lusambo she must do something to help.

So she set up dance sessions for rape survivors at a rehabilitation centre attached to Panzi Hospital in Bukavu, in eastern Congo, which according to hospital authorities has treated more than 60, 000 survivors of sexual violence in its some 20 years of operation.

Congo’s eastern borderlands have remained gripped by violence since the official end of a civil war in 2003, with armed groups fighting for land, resources and self-protection.

“I started doing this because of the girls who came to us in a state of silence. They were raped at a young age and they didn’t know how to express themselves. They were so withdrawn,” said Lusambo.

Now the same women line up in brightly coloured leggings for her classes, where they learn to reconnect with their bodies.

“You can do more in one month of dance than in three months of psychotherapy,” Lusambo said.

The Panzi hospital and rehabilitation centre was founded by Denis Mukwege, a Congolese gynaecologist who won the Nobel Peace Prize in 2018 for his efforts to end the use of sexual violence as a weapon of war and armed conflict. 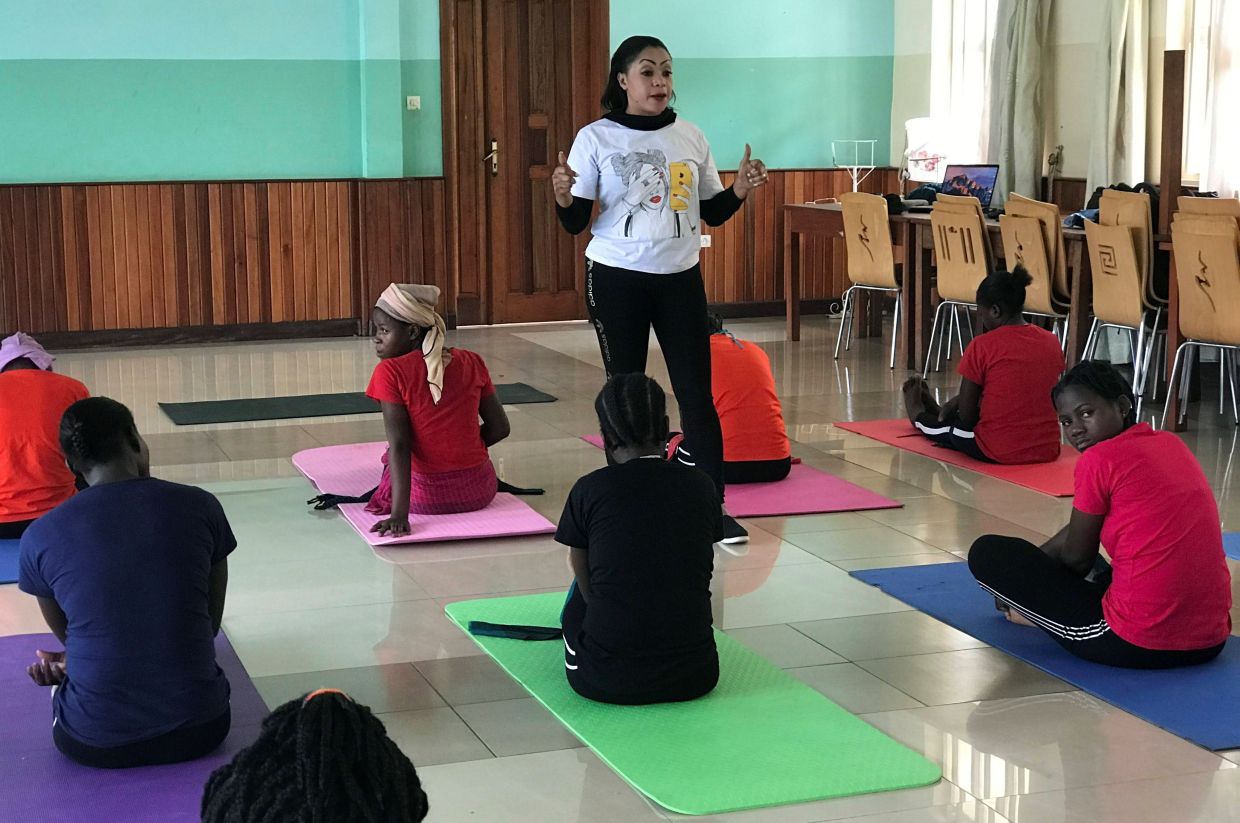 Dance therapy has helped the survivors cope with their pain.

“We don’t just do the medical treatment anymore,” said Mukwege. The centre also provides psychological care, helps the women reintegrate into society, supports them economically and assists them in seeking justice, he said.

One 20-year-old woman in Lusambo’s class said dancing had released her from the pain and fear she held inside, allowing her to sleep peacefully and smile again.

Three years ago the woman, who asked not to be identified, said she was raped and left for dead by unidentified men wearing combat fatigues in her village in South Kivu province, where sexual violence has been a feature of the unrest for more than 20 years. She did not know if they were from a militia group or army soldiers.

The young woman’s family did not complain to authorities because they feared repercussions, they said, and took her to the Panzi Hospital in Bukavu. Reuters was not able to confirm her account independently.

Experts say Congo has made some progress in combating sexual violence and several high-level militia and army commanders have been prosecuted for rape in recent years, but the problem remains pervasive.

Asked about the army’s record of sexual violence in the region, a Congo army spokesperson said some “undisciplined elements” of the army had committed rape in the past, but that military justice was working to bring perpetrators to justice, and that the rate of sexual violence had declined significantly.

The reasons for the prevalence of rape in eastern Congo are complex, but the eroded status of women and fragmented command structures within militia and state security forces have led to its use as a military tactic, according to the United Nations.

“I don’t know how to explain it to myself, but I felt dirty looking at myself,” the survivor said.

“Dance therapy helped me to take away all the bad things I had inside me. The sadness and fear I had all went away.” – Reuters

Dance helps Congo's rape survivors cope have 868 words, post on www.thestar.com.my at June 15, 2021. This is cached page on Asean News. If you want remove this page, please contact us.