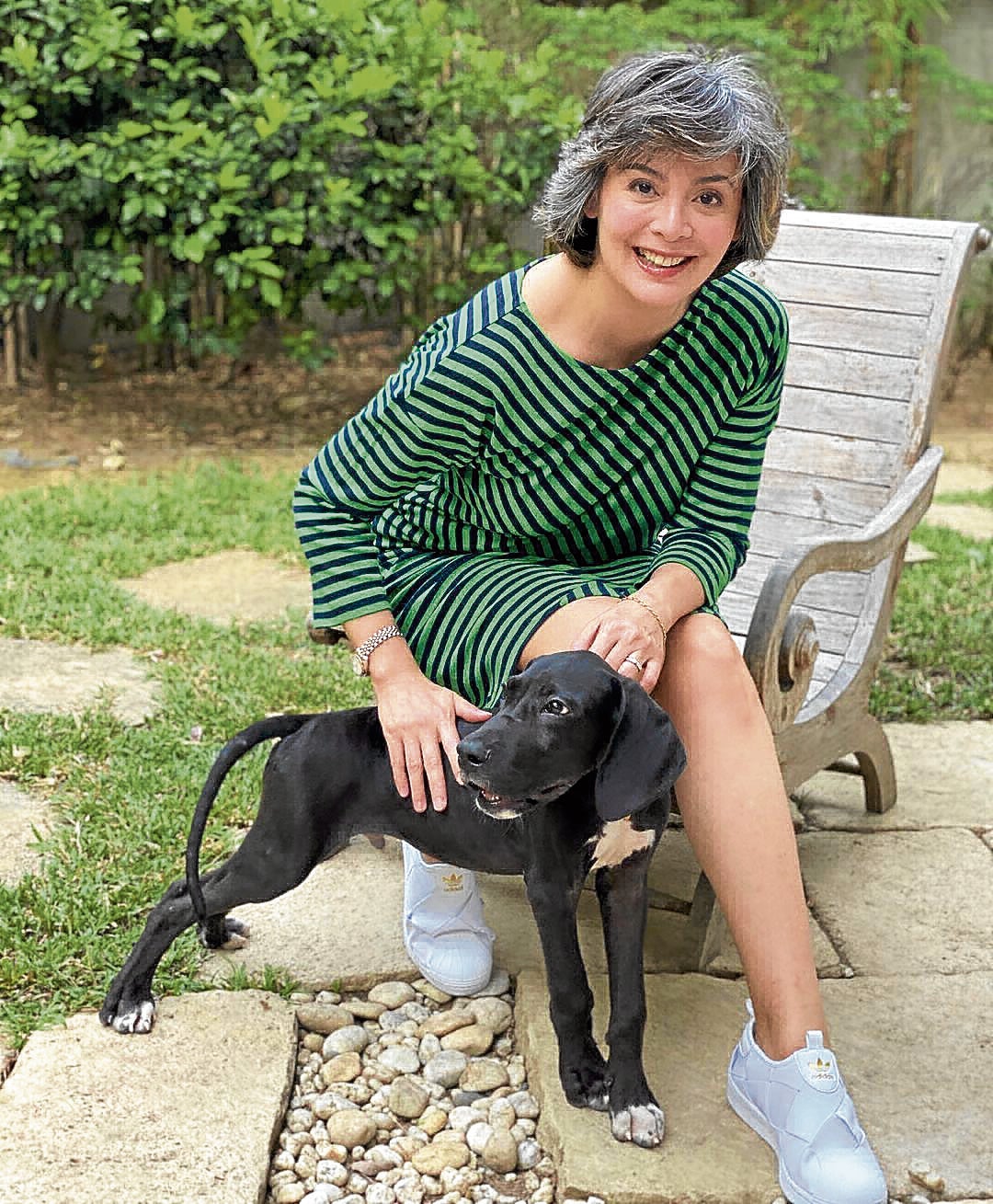 Actress Dawn Zulueta has admitted to feeling "less inspired" these days that's why she has been turning down offers to resume working in front of the camera.

"The offers that I have been getting, so far, don't excite me. They all feel familiar, like I've already done these kinds of roles before. Lately, I'm looking for something that will really challenge me—a character that I am allowed to help create from scratch," Dawn told Leo Katigbak, head of ABS-CBN's film restoration and archive group, during the prestream interview on Tuesday night for the restored version of "Kung Mawawala Ka Pa."

The 28-year-old film directed by Jose Mari Avellana is actually memorable to Dawn as it earned her two best actress trophies. The restored and remastered version of the movie, which also stars Christopher de Leon and Amy Austria, premiered on ktx.ph on July 27. It is part of the ongoing Sagip Pelikula Film Festival.

"Kung Mawawala Ka Pa" tells the love story of Tony (Christopher) and Marissa (Dawn), a married couple on the brink of separation but are brought together by the death of their child (Sarah Jane Abad).

"Lately, the characters being offered to me feel less inspired. I feel that if an actor reaches the age of 50, they expect nothing more from him or her. They'd say, 'Ah tapos na siya' or "Parang lola na 'yan eh,'" Dawn pointed out.

She was last seen on the big screen in the 2019 dramatic film, "Family History," alongside comedian Michael V., who is also the director.

"I just think it's regrettable that when you watch films from Hollywood or anywhere else abroad, they are more creative in terms of coming up with roles," Dawn said. "How I wish we're also that creative, and not just follow a template. So until that happens, until I get that unique offer, I'm OK to not have work. I feel like I will just waste my time and effort if I portray a role I really don't believe in."

Bibeth Orteza, who cowrote the screenplay with Oscar Miranda, agreed with Dawn by saying: "For the longest time, Filipino writers and directors were kept in a box, and then there was a move to go against censorship with Armida Siguion-Reyna (as chair of the Movie and Television Review and Classification Board from 1998 to 2001) at the forefront. These days, we've become more open, and this resulted in films like 'Metamorphosis,' which is about transgenders (and intersex)," said Bibeth also during the prestream interview.

'Stuck in a vaccum'

"But what's bothering me more is that people seem to be going on another template —the template for Korean romances. Even local soap operas are going to that direction now. Everyone is making BL (Boys' Love) projects. It's like, right now, we're stuck in a vacuum again. It's just sad because we know that Filipino creativity is something we can really be proud of."Dawn said she hoped for the new generation to watch "Kung Mawawala Ka Pa," because they will be able to "pick up a lot of golden nuggets or lessons from it like I did in the '90s. It really made an impact on the audience who was watching it at that time."

She then thanked the people behind the Kapamilya network's Sagip Pelikula program. "What you are doing is so valuable," she pointed out. "We have so many films done in the past that should be seen again in a new light. You are providing a way for this generation to also appreciate the kinds of films and the art that was made during our time."

Dawn said she also wished that when the younger audience finally gets to see films made from the same period, that it "would spark some kind of inspiration and imagination to all the new filmmakers in terms of the type of materials that they can come up with today. With the technology we have now, that is far from the way it was during our time, there's so much more we can do in terms of visuals, storytelling and even performance," she declared.

While the restored and remastered version of "Kung Mawawala Ka Pa" is not yet available on Apple TV, viewers can still catch it on www.ktx.ph. Watch more restored films of Dawn and Bibeth in the ongoing Sagip Pelikula Film Festival that started on July 28.

Why Dawn Zulueta is feeling ‘less inspired,’ turning down show biz projects nowadays have 1097 words, post on entertainment.inquirer.net at August 1, 2021. This is cached page on Asean News. If you want remove this page, please contact us.