In the name of the designer, the family and the House of Gucci: The real Gucci family is “a bit disconcerted” with how it’s portrayed in House of Gucci , echoing designer Tom Ford’s critical assessment of Ridley Scott’s new film.

In a statement published by Italian news agency ANSA, the fashion dynasty blasted the “true story” in the drama starring Lady Gaga and Adam Driver because “the film carries a narrative that is far from accurate.” It confirmed fears the Italian family raised about the trailer and interviews promoting the buzzy flick.

“The production of the film did not bother to consult the heirs before describing Aldo Gucci (played by Al Pacino) – president of the company for 30 years – and the members of the Gucci family as thugs, ignorant and insensitive to the world around them, attributing to the protagonists, events, a tone and an attitude that never belonged to them,” the family statement said.

“This is extremely painful from a human point of view and an insult to the legacy on which the brand is built today.”

Reggiani was “definitively convicted of having been the instigator of the murder of Maurizio Gucci,” the family said. (The Oscar-winning pop star said she purposely didn’t consult with Reggiani ahead of taking on the role, and was lambasted by Reggiani for doing so.)

Reggiani has also accused director Scott of “stealing the identity of a family to make a profit.”

Scott rejected that notion in an interview with BBC Radio, reasoning that “one Gucci was murdered and another went to jail for tax evasion, so you can’t be talking to me about making a profit. As soon as you do that you become part of the public domain.” 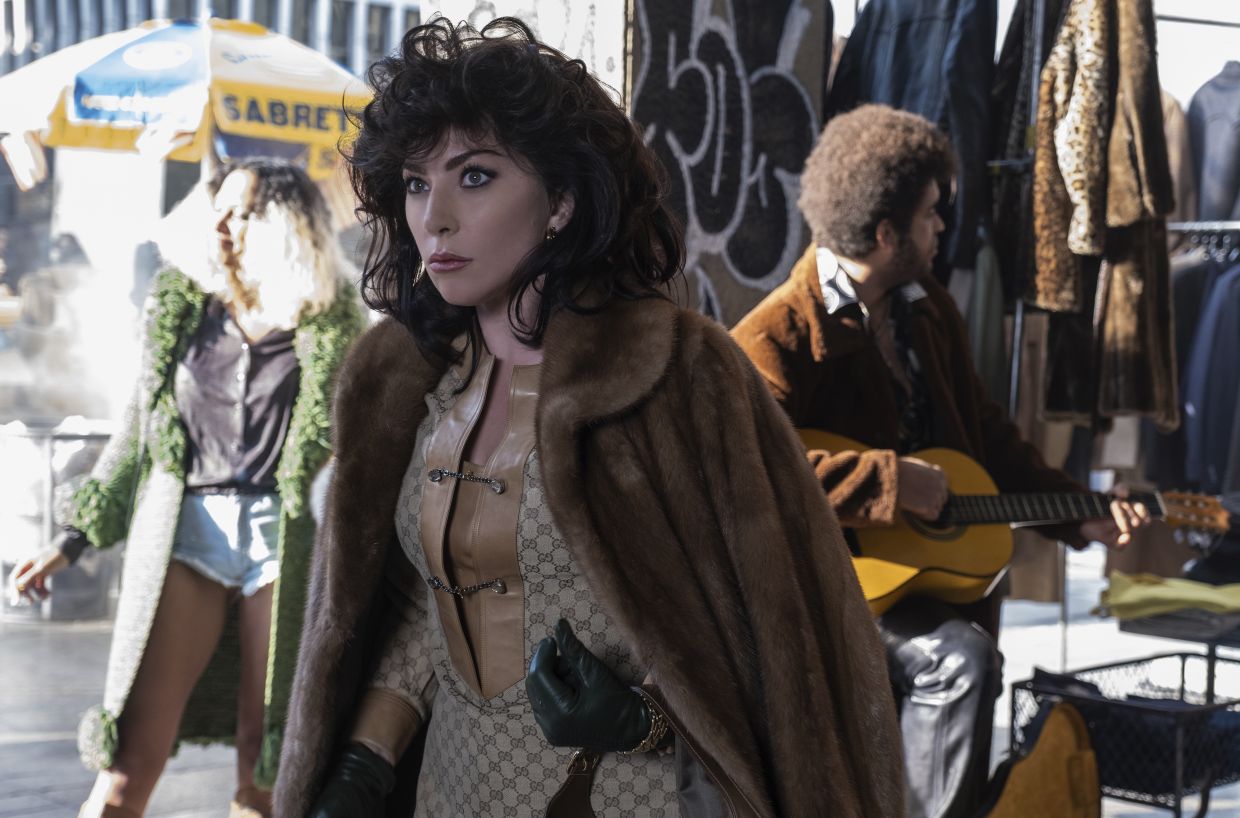 The film, which chronicles Reggiani’s scheme to kill her husband Maurizio (Driver), is based on Sara Gay Forden’s book The House of Gucci: A Sensational Story of Murder, Madness, Glamour and Greed .

Still, the family found the film and Gaga’s acclaimed reconstruction of Reggiani “mystifying almost to the point of paradox,” also objecting to the way cast members regarded her “as a victim who was trying to survive in a masculine and macho corporate culture.”

“This couldn’t be further from the truth,” the family said, adding that over the company’s 70-year history as a family business, Gucci was “an inclusive company” and placed women in several top positions in the 1980s (the historical context for the film), including the president of Gucci America. Those women “were members of the family or extraneous to it,” the statement said.

“Gucci is a family that lives honouring the work of its ancestors, whose memory does not deserve to be disturbed to stage a film that is not true and that does not do justice to its protagonists,” the family said.

“The Gucci family reserve the right to take every initiative (necessary) to protect their name and image and those of their loved ones,” said a letter signed by the heirs, according to ANSA.

Ford, who helped restore the fashion house’s lustre worldwide and transformed the near-bankrupt company into a powerhouse, is played by Reeve Carney in the film and likened sitting through a screening of the lengthy film as having “lived through a hurricane.”

“I recently survived a screening of the two-hour-and-37-minute film that is House of Gucci. The shiny, ambitious, beautifully filmed and costumed tale of greed and murder is stunning by the sheer number of stars that have been cast,” Ford wrote in an essay published by Air Mail Saturday.

“The movie rivals the nighttime soap Dynasty for subtlety but does so with a much bigger budget,” he said. “… the film is … well, I’m still not quite sure what it is exactly, but somehow I felt as though I had lived through a hurricane when I left the theater. Was it a farce or a gripping tale of greed? I often laughed out loud, but was I supposed to?”

He said Maurizio Gucci, who was murdered in 1995 just steps away from Ford’s Milan office, was “much more interesting in life than his depiction in the film suggests,” and the celebrated designer was much kinder to Gaga, calling her the “true star” of the movie.

“It is her film, and she steals the show. In her often over-the-top portrayal of Patrizia Gucci, her accent migrates occasionally from Milan to Moscow. But who cares? Her performance is spot-on,” he wrote.

Ford, whose husband, Richard Buckley, died earlier this year, first went to Gucci in 1990 when he moved to Milan and was promoted to creative director in 1994. He left the label in 2004 and since then has launched his own Tom Ford line and is currently chairman of the Council of Fashion Designers of America. – Los Angeles Times/Tribune News Service

Gucci family, Tom Ford slam 'House of Gucci' as 'insult' to brand's legacy have 1028 words, post on www.thestar.com.my at December 3, 2021. This is cached page on Asean News. If you want remove this page, please contact us.