Mr Komsan started Flash Express in 2018 with 400 million baht. Within five years, Mr Komsan wants Flash to be a regional top-three firm in the logistics business and targets handling 10 million parcels per day.

The Thai economy witnessed the birth of three unicorn companies this year — Flash Express, Ascend Money and Bitkub Online — debunking the belief that the country doesn’t have the supporting ecosystem for unicorn startups to thrive.

A unicorn is a startup company that is valued at more than US$1 billion. These three startups flourished amid the pandemic as they are situated in sectors that are benefiting from more digitalised lifestyles: logistics, fintech and digital tech.

After achieving unicorn status, the next step for them is listing on the stock exchange to secure more funding for business expansion.

Flash Express, a logistics services provider, is the country’s first unicorn, growing in tandem with the e-commerce boom during the lockdown.

As of June 1 this year, the company succeeded in raising $150 million, or about 4.6 billion baht, in the Series D+ and E funding rounds, just three years into operations.

Komsan Lee, chief executive and founder of Flash Express, was born into a poor family of Chinese descent in Doi Wawee, in the northern province of Chiang Rai. He started his first business his first year of university and went through many jobs before starting Flash Express in 2018 with 400 million baht.

Mr Komsan said one of Flash Express’s key factors for success was fortuitous timing, as the company started operations during the e-commerce boom. There was a surge in demand for delivery and logistics services, allowing the company and other new players room to grow and compete in the industry.

He said the company aims to go beyond the domestic market to pursue growth, initiating joint ventures as well as running its own operations in three Asean countries.

An initial public offering is in the pipeline once the company learns how to handle a full range of services in logistics and makes its international foray, said Mr Komsan.

Within five years, he wants Flash to be top three in the region for logistics and targets handling 10 million parcels per day. 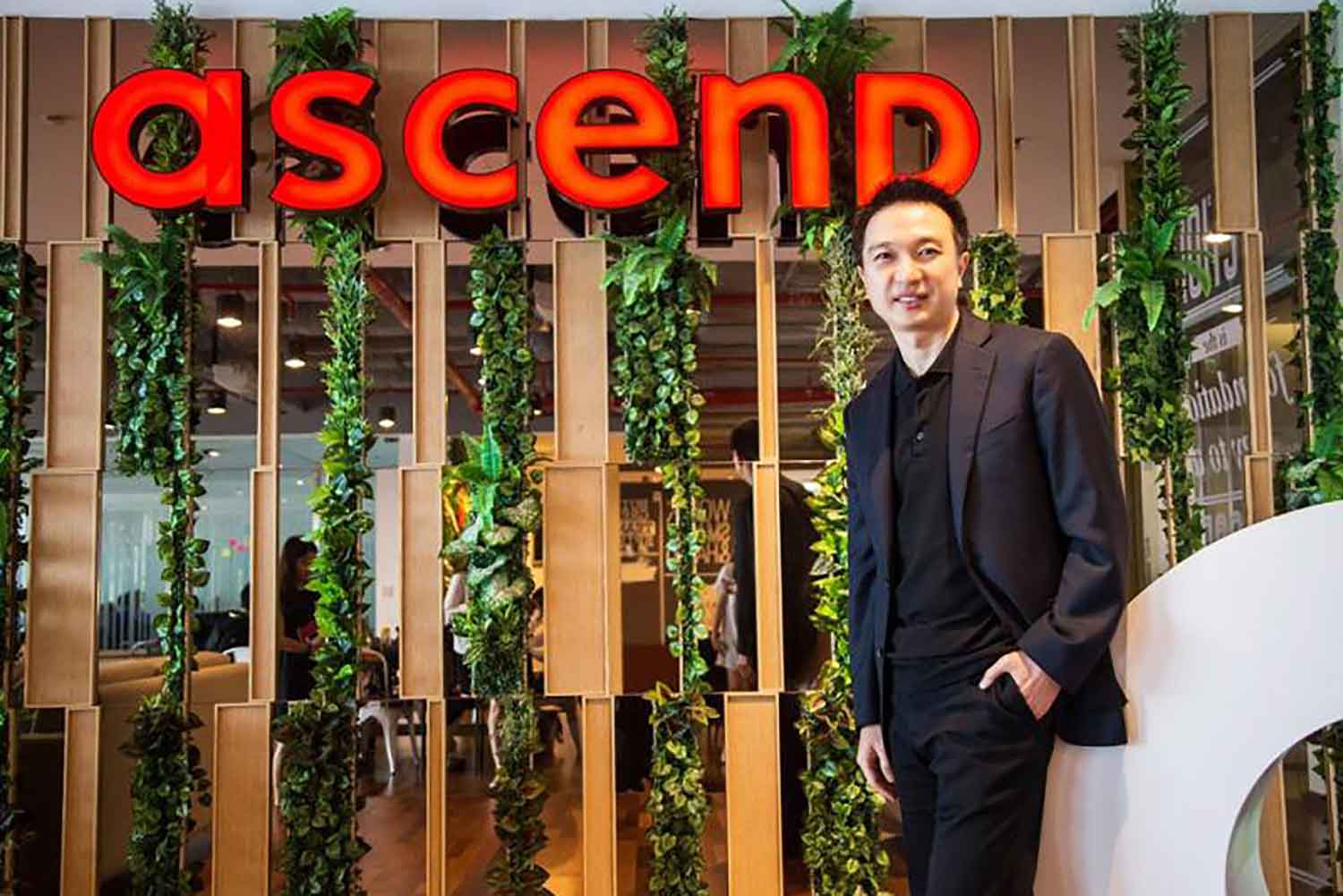 Mr Tanyapong said the company aims to have 35 million domestic users by 2023, or 50% of the population.

Ascend Money is the financial arm of Charoen Pokphand Group (CP) and operates TrueMoney, a digital payment and financial services platform. The company raised $150 million in the Series C funding round, which increased the company’s total value to $1.5 billion on Sept 27.

Recently, new investor Bow Wave Capital Management joined CP and Ant Group of Alibaba in backing the company. Ascend Money expects synergy from the partnership to extend the company’s reach deeper into traditional banking niches and grow its user base.

TrueMoney serves more than 50 million users through its e-wallet application and 88,000 TrueMoney agents. It also expanded its product portfolio to cover a full range of digital financial services including lending, savings and investment.

The firm has grown significantly the past few years through expansion into six countries in Asean.

During the pandemic, the average daily value of financial transactions on TrueMoney grew from 2,000 baht in March 2020 to 3,800 baht per day in April 2021.

According to data from Boku, the TrueMoney app has a 53% share of the mobile wallet market in Thailand, competing with Rabbit Line Pay.

On Sept 5, the company jumped into the micro-credit lending business, offering loans of less than 10,000 baht to underserved customers who cannot access traditional loans, a market worth 5-10 billion baht. The loans are targeted towards 8.6 million of TrueMove H’s postpaid customers. 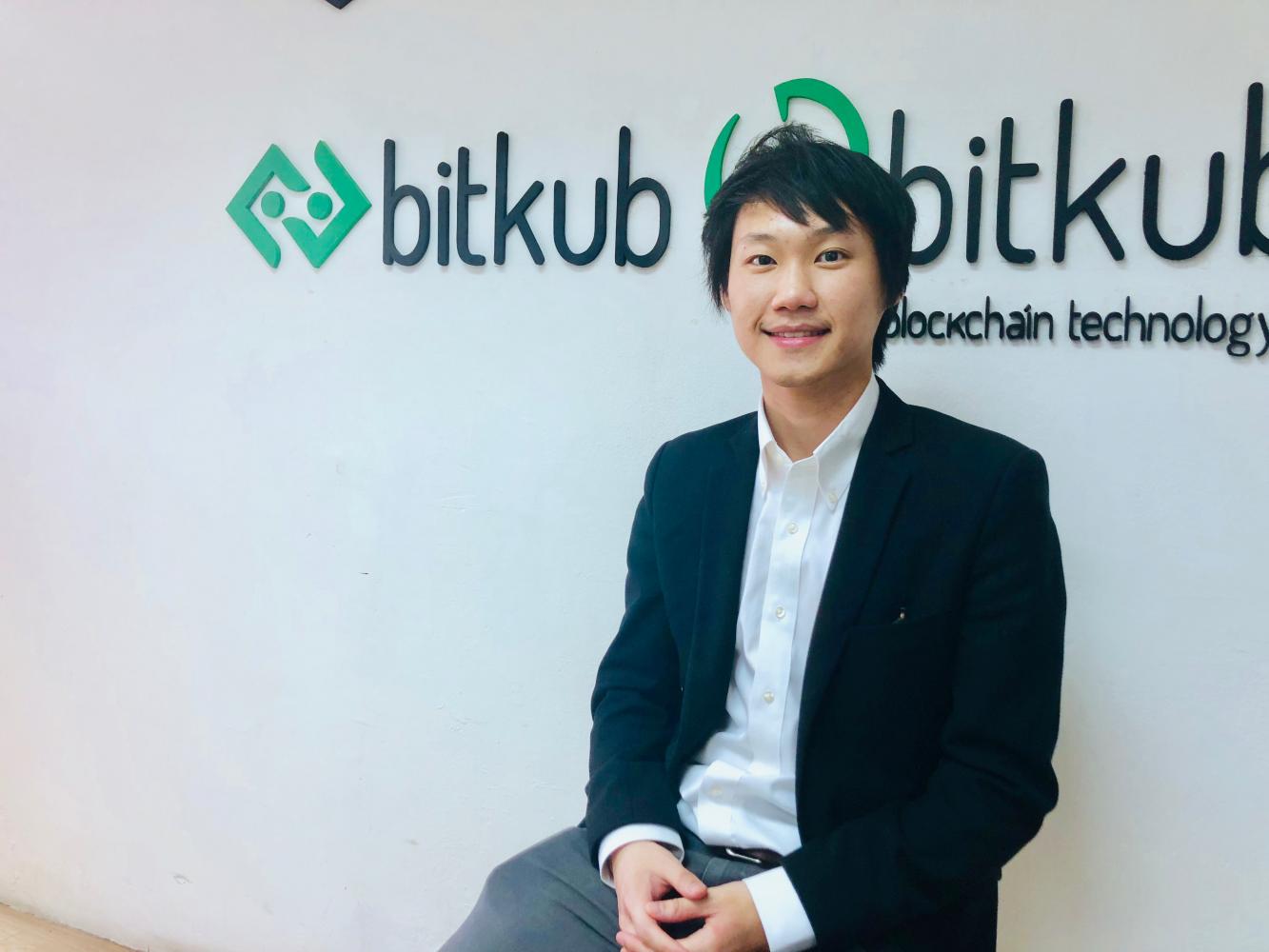 Jirayut Srupsrisopa, Bitkub’s co-founder and chief executive, has made a push to familiarise investors with cryptocurrency.

SCBx Group, the holding company of a large commercial bank, acquired a 51% stake worth 17.85 billion baht on Nov 2.

Bitkub launched its digital asset exchange in 2019 and suffered losses the first two years, but surging cryptocurrency prices over the past year have lifted the company out of the red and cemented its position as the biggest digital exchange in the country.

As traders can invest in cryptocurrencies with just a small amount of funds, many young investors have flocked to the coins, spurring the popularity of the assets.

To familiarise investors with cryptocurrencies and attract them to the market, the company launched a marketing campaign and provides educational programmes regarding cryptocurrencies on all media channels.

The popularity of the assets significantly surged after they were regulated under the Securities and Exchange Commission (SEC), increasing investor confidence in crypto investments.

Bitkub has a market share of 92% among six local exchanges. It turned losses into profits of more than 1.5 billion baht during the first nine months this year and has earned about 5 billion baht.

These unicorns prove Thailand has the right ecosystem for startups to flourish.

Local unicorn trio prove naysayers wrong have 1056 words, post on www.bangkokpost.com at December 7, 2021. This is cached page on Asean News. If you want remove this page, please contact us.