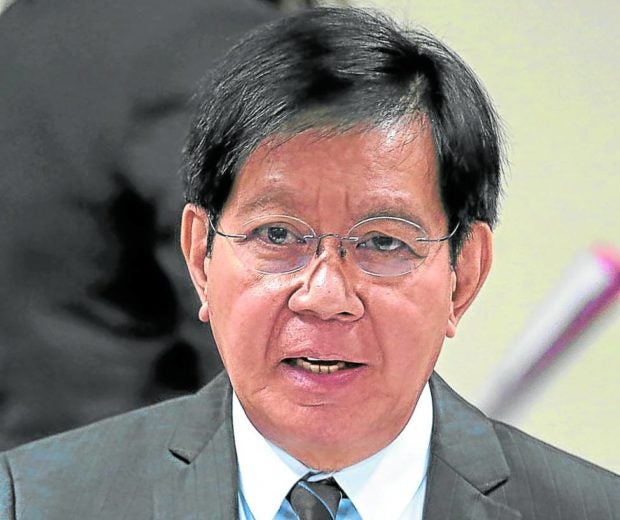 MANILA, Philippines — Senator Panfilo Lacson on Wednesday rejected the observation of his fellow presidential aspirant, Vice President Leni Robredo, who told an interview that the former police chief seems to be full of talk but has inadequate action "on the ground."

(I am not lacking 'on the ground.' I'm just not an attention hog when it comes to giving help to calamity victims or in other cases when I help those in need.)

During the political fast talk segment of the interview aired on Wednesday evening, Abunda asked Robredo why Filipinos should not vote for Lacson.

To which the Vice President replied: "Maraming salita pero kulang sa on the ground na gawa."

(He talks a lot but lacks on-the-ground action.)

It can be recalled that last year, Robredo and Lacson engaged in "unity talks" in an attempt to have a unified slate against the administration's bet for the upcoming elections in May.

Lacson had proposed a "sure unification formula" during the meeting with Robredo, but said this was met with "resistance."

READ: 2021: How the opposition broke down into separate teams

Lacson's proposal called for non-administration candidates withdrawing at a certain point during the campaign once a candidate emerges as strongest based on survey ratings.

Robredo had said she opposed Lacson's offer because of her personal belief that she should follow through with her presidential bid until the end, even if she ranked low in surveys.