A 30-second clip car camera video clip shows a dog dashing across Sembawang Road while vehicles were on the move.

The incident happened on Jun. 24 in the Springleaf area, according to one Stanley Fu who posted the video on Facebook. 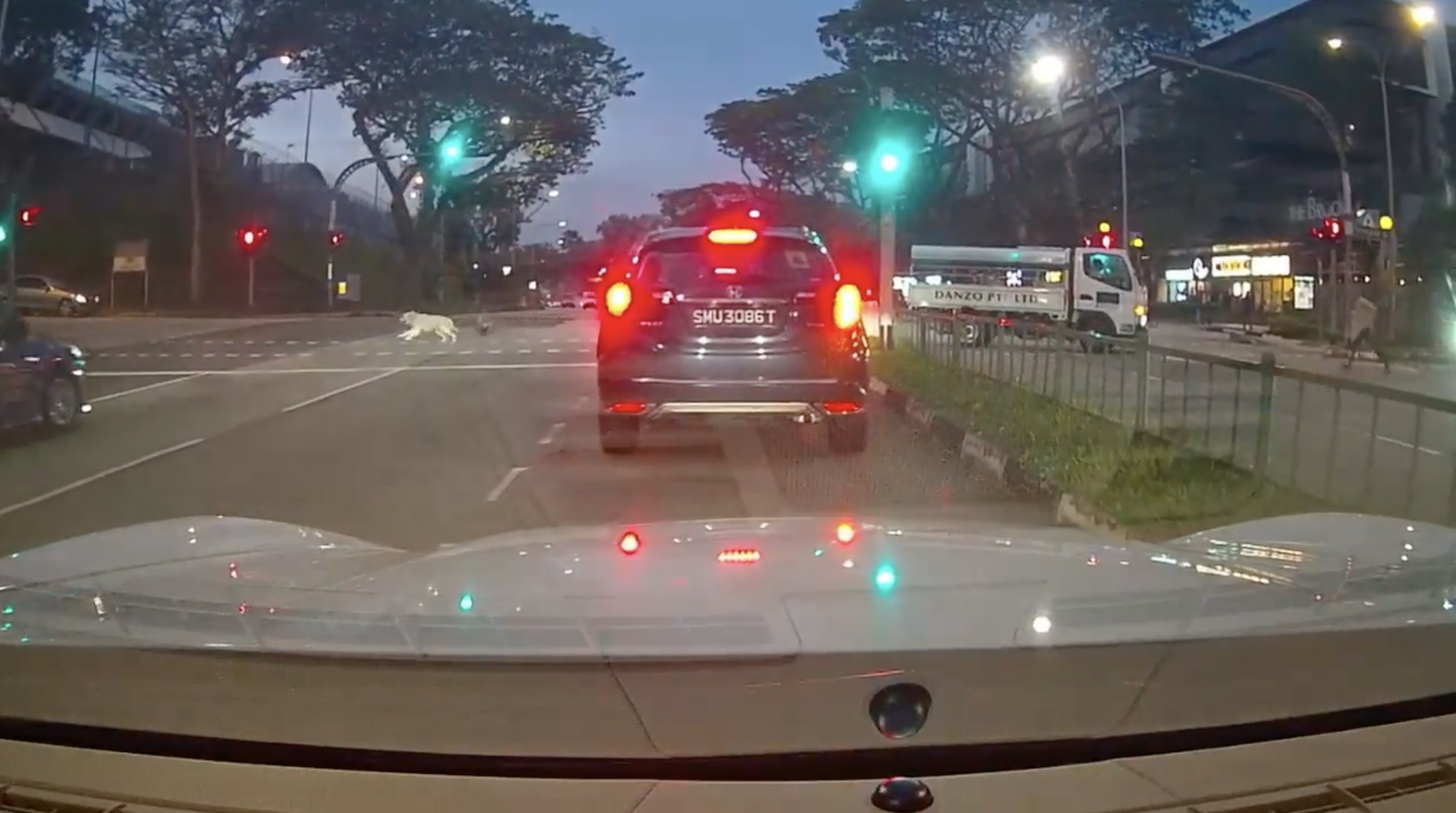 The stationary car that captured this scene was on Sembawang Road when the dog ran across, towards Transit Road.

The medium-sized dog ran across the road with its leash tied to a “light weighted chair”, Fu described.

The video shows that the dog avoided getting knocked down by a lorry which came to a stop in the nick of time.

The dog also narrowly escaped from a fast-moving taxi.

A woman was also seen chasing after the dog.

Chasing after a runaway dog may not be most helpful to the situation, as the dog will either be reluctant to stop if it’s afraid or it may mistake the chase as an act of play.

It is uncertain what happened to the dog afterwards.

Fu said in his post that the dog had run away from a nearby restaurant, Daruma Tavern.

Mothership has reached out to Daruma Tavern and will update the article if they respond.

Dog runs across road in Springleaf area while dragging a chair by its leash have 293 words, post on mothership.sg at May 28, 2022. This is cached page on Asean News. If you want remove this page, please contact us.