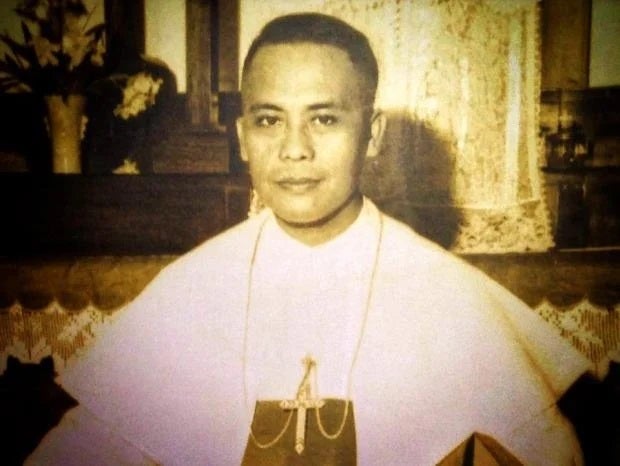 CEBU CITY — Pope Francis has given the go signal to grant the late Cebuano archbishop Teofilo Camomot the title of "venerable."

The Archdiocese of Cebu formally announced the development on Saturday, May 21.

"On May 21, 2022 the Holy Father Pope Francis authorized Marcello Cardinal Semeraro, Prefect of the Congregation of the Causes of Saints in the Vatican, to promulgate a decree on the heroic virtues of the Servant of God Archbishop Teofilo Bastide Camomot, granting him the title of Venerable," the archdiocese said in a statement.

Venerable is a title given to a deceased person recognized formally by the pope as having lived a heroically virtuous life or offered their life.

A miracle is needed for Camomot to become a "blessed" and another miracle so he will be declared a saint of the Catholic Church.

It was the Daughters of St. Teresa, a religious congregation which Camomot founded, which earlier petitioned for the opening of a cause for beatification and canonization of the Cebuano archbishop.

On Oct. 15, 2010, Ricardo Cardinal Vidal, then the archbishop of Cebu, announced that the Holy See had approved the opening of the cause for Camomot's beatification and canonization. A diocesan inquiry was then made.

Since the cause for sainthood was started for Camomot, the late archbishop has been called a "Servant of God."

Camomot, fondly known as Monsignor Lolong, was known for his exceptional love for the poor.

In some instances, he pawned his episcopal ring and pectoral cross (the large crucifix worn by bishops) and gave the proceeds to the poor. The archbishop would also give away whatever he had to the needy.

The Archdiocese of Cebu ruled that the heroic virtues demonstrated by Camomot are worthy of sainthood.

If his cause for sainthood will be approved by the Pope, Camomot will become the Philippines' third saint next to San Lorenzo Ruiz de Manila and San Pedro Calungsod – both lay persons.

Pope Francis declares late Cebuano archbishop Camomot ‘venerable’ have 469 words, post on newsinfo.inquirer.net at May 21, 2022. This is cached page on Asean News. If you want remove this page, please contact us.