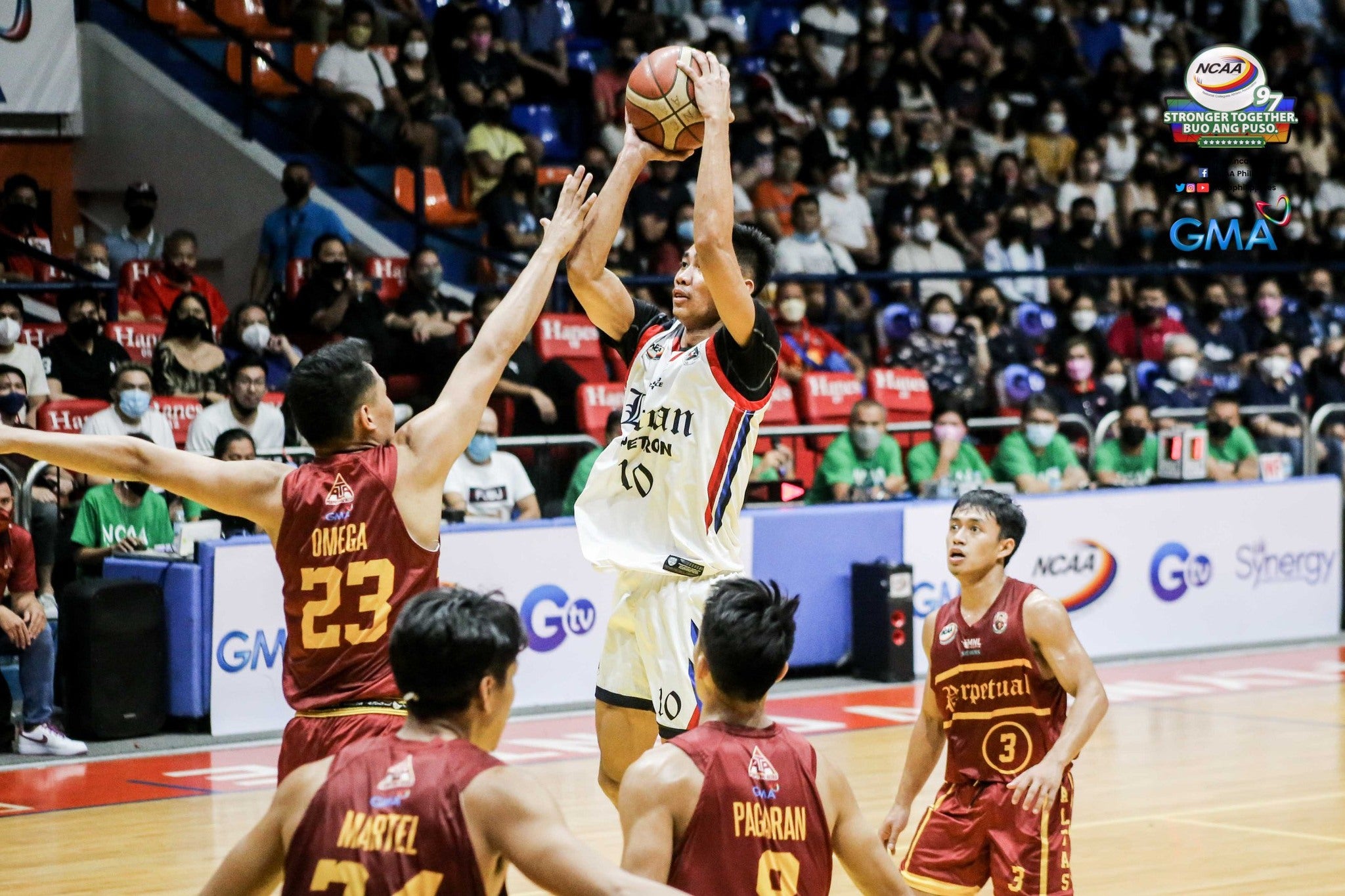 Rhenz Abando rises for a jumper. Abando leads the race for both MVP and top rookie trophies. —photo courtesy of NCAA

One got to the Finals without a hitch, the other had to go through the proverbial eye of the needle.

In essence, that's what the Letran-Mapua title series for the Season 97 NCAA men's basketball crown is all about, although coaches from both sides have been the first to say that none of that will matter when Game 1 tips off on Sunday at 3 p.m. at Mall of Asia Arena in Pasay City.

"Although we won all our games [leading to the title series], expect the Finals to be different,'' said Letran coach Bonnie Tan. "The pressure will always be there. We'll take it as a challenge."

The Knights swept the nine-game eliminations and then nipped Perpetual Help, 77-75, in the Final Four, and Tan has had the pleasure of getting more rest for his players heading into the best-of-three series.

Mapua took the much longer route as the Cardinals needed two games to bundle out powerhouse San Beda in the semifinals.

If anything, that two-game series has undoubtedly sharpened the skills of the Cardinals, who are shooting for their first title since 1991.

"Now that we are here, we will triple our efforts and hopefully play our best against Letran,'' said Mapua coach Randy Alcantara, who was part of that victorious team that won two straight from 1990.

"Playing in the Finals is not going to be a joke."

Alcantara and his Cardinals have had just one battlecry all season, and that is to prove to everyone that they belong playing with the big guns.

They've proven that in the San Beda series. But they want more.

"We will push ourselves to sustain what we have done in the Final Four. We prepared well for this, so we can match up with the defending champions,'' said Alcantara.

Letran has been so formidable this season because of Rhenz Abando, the transferee from University of Santo Tomas in the NCAA who is favored to win the Most Valuable Player and the Rookie of the Year awards.

Unbeaten Knights, hungry Cards open title series have 482 words, post on sports.inquirer.net at May 15, 2022. This is cached page on Asean News. If you want remove this page, please contact us.