Walking along the streets of Bangkok this morning I may as well be in a time loop. There was only one person not wearing a mask as I walked to breakfast.

Everyone else, everyone, was wearing a face mask, just like over the past 2 years and 2 months. It was 7.30am, it's not as if it was busy. Some sort of campaign to encourage Thais to remove their masks will certainly be needed to ween them off the habit.

The new Bangkok governor Chadchart Sittipunt did his bit yesterday inviting the media to his morning run at Lumpini Park to show that he was exercising outside without a mask. 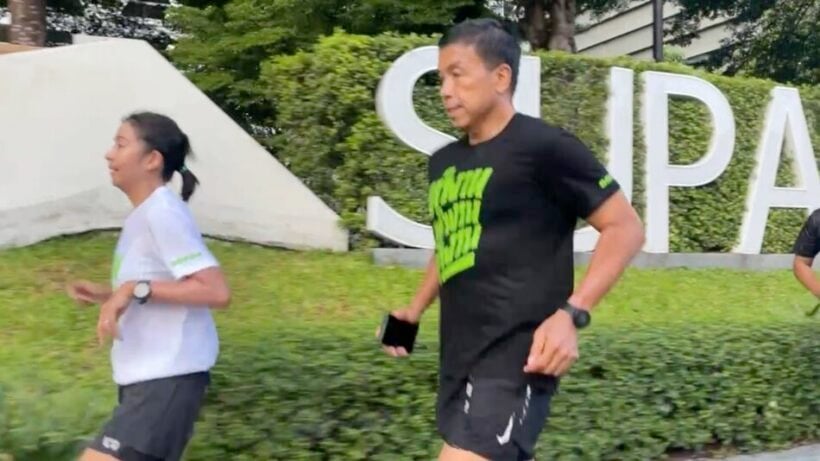 Last Thursday the official announcement was made, on all Thai media, that people no longer had to wear a mask whilst in open areas. There were still requirements to wear a mask in busy places, government buildings and public transport. Individual businesses also retain the right to require a mask for people entering their premises.

This is what the Tourism Authority of Thailand are telling foreign readers, in English…

"Outdoor mask-wearing has been endorsed as voluntary although the public are still advised to wear a face mask in crowded places, such as, public transport, markets, and concert venues, or for people with certain health conditions."

And if you spend 10 minutes on any Thai-related social media or forums, the message is clear… you won't have to wear a mask when you get to Thailand (despite the clearly stated exceptions). The reality is that you'll still need to wear a mask except when wandering outside or exercising.

Arriving back in Bangkok last night it was like nothing had changed at all. Admittedly I didn't venture out to the nightspot areas where I am sure the situation would have been different, and has been for many months.

Just getting to Bangkok from Phuket was a full 'back to the future' experience. Aware that there would be some initial reticence for Thais, I expected to still see plenty of masks. But surely not EVERYONE.

The taxi driver to the airport expressly asked me to put on my mask. At the airport it remains a requirement with signs at the entrances to remind me. In the departure lounge it was still a loud and regular reminder over the PA, between the robotic flight announcements.

On the flight it was just the same as the last year or so since the airlines headed back into the domestic skies – masks were compulsory and there was no F&B service.

Arriving at Suvarnabhumi on the last flight of the day, we ended up shunted to a back corner of the airport for cheap overnight parking and had to take the bus back to the terminal. Such is the airline's deep concern about us socially distancing and maintaining our good health, we sat within inches of each other for the entire flight (flight was full – good to see), and then packed us like sardines into the bus ride back to the terminal. 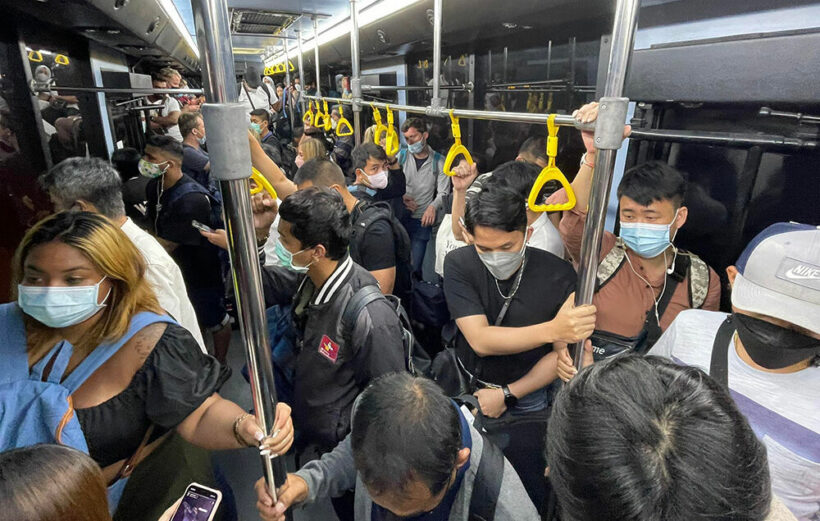 Same same inside the Suvaranabhumi terminal. Then the taxi ride back to my apartment also required me to wear a mask. The entrance to my apartment building had a direction to wear a mask whilst in public areas of the condo and the floor of the elevator was still covered in silly footprint labels explaining how we should stand inside the elevator (to be fair they're probably deeply fused with the floor after 2 years and won't be easy to remove).

Once I was inside my apartment I took off my face mask, about 3 hours after I put it on back at home in Phuket.

So what the hell had changed since the big announcement. According to my experience over the past 3 days – not much at all.

The Thai PM Prayut Chan-o-cha announced yesterday that he was happy "most Thais are voluntarily wearing masks for protection against Covid-19". That comment is sending a mixed message to his constituency. A government spokesman added that the Thai PM was still concerned about the health of the public "as coronavirus infection risks remained".

Yesterday Thailand recorded 2,236 new Covid infections and 16 deaths, a slight bump up in the infection trend, although some small increase was expected due to the slowly rising number of tourists arriving from overseas and the rise in Omicron variant BA4 and BA5 infections in many of the tourist-feeder countries.

The number of foreign travellers to Thailand is expected to increase post July 1 when there will no longer be a requirement to apply for a pre-travel digital Thailand Pass. That, and the accompanying compulsory US$10,000 insurance will be consigned to Thai Covid history from next Friday.

But the numbers of arrivals will still be well down on the pre-Covid travel trends in Thailand, and is expected to remain subdued for at least the rest of 2022 with at least China and Russia out of the picture and airline chaos as the global industry battles to rebuild schedules and their previous workforces.

Whilst the Thai government is wanting to portray the country as open for business and welcoming tourists back they will have to take a much more active role in dismantling the rhetoric of mask wearing in Thailand otherwise it will be a long hangover which will continue to confuse foreign tourists when they arrive in the country.

It's likely to be a slow reversal of mask-wearing habits in Thailand. They were a reasonably common sight before Covid, mostly worn in the fallen hope they might protect them from PM2.5 pollutants. But it's different now and a more positive note needs to be struck to convince Thais to remove their masks.

The last thing you want to feel as a foreigner walking around Thailand is as a 'pariah', and the only person taking advantage of the recent announcement to abandon masks in open areas.

But that's exactly how I felt this morning.

Back to the future – the resistance to taking off masks in Thailand | OPINION have 1123 words, post on thethaiger.com at June 26, 2022. This is cached page on Asean News. If you want remove this page, please contact us.