It's pretentious, over-decorated, and probably overlong. But it's also a spectacular 2 and half hours which will reconnect you with the 20th century's most consequential pop icon – Elvis. "Elvis" was released today in Thailand and is now showing at cinemas around the country.

If you want to revel in Elvis nostalgia and the music, there's plenty of that. But the movie is also a masterpiece of modern film-making. Possibly a bit frenetic for some people that may prefer a slower meander through Elvis's catalogue. And it's more style than substance. But Baz Luhrmann's directorial panache is painted vividly from one end of the movie to the other. In some ways, it's edited like a 159-minute trailer for a film called 'Elvis'.

There are times they weave archival footage of Elvis, concerts and news items from the time, into the film landscape. None of them seem out of place and sometimes you're not sure if they're archival or shot for the film. The final song "Unchained Melody", is real footage from an exhausted, almost bewildered Elvis, and plays in full but the wonders of CGI have created a second and third camera angle.

But it's also a movie about the fractured American society of the 50s, 60s, and 70s and some of the social absurdities that Elvis's career would have to navigate.

The film chronicles Elvis's early influences, from his early days as a child to becoming a rock and roll and movie star, as well as the complex relationship with his creepy manager Colonel Tom Parker. The movie is narrated through the eyes of his manager by an unrecognisable toad-like Tom Hanks.

But it's the performance of 31 year old Austin Butler which will linger long after you walk out of the cinema. Butler was awarded the role in 2019 and started filming in 2020 on Australia's Gold Coast. 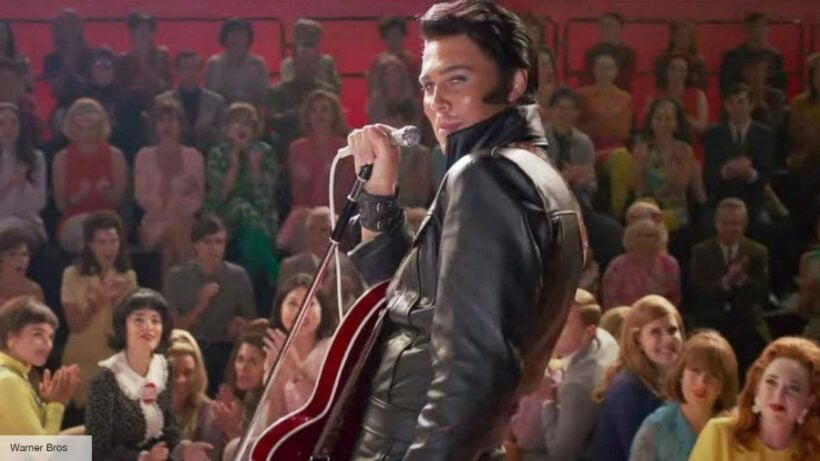 Whilst Elvis, culturally, has become a distant pop dinosaur for many, he's also become a fancy dress costume and a fleet of bad impersonators for others. A flick of the hips, a gesture, some vocal contortions with a southern American drawl, and you can have an 'Elvis'. Austin Butler somehow transcends all of this and wrings out humanity, heart, and soul. There are few scenes in the movie where he isn't front and centre and he never seems like a parody or impersonation.

Put Austin Butler's name on the list for Best Performance by an Actor in a Leading Role for next year's Oscars – it was THAT good.

There are two songs recreated from Elvis's early days in Las Vegas, circa early 1970s, where the late 30s Elvis is in full bloom – the white glitter jumpsuits, the sideburns, back-up singers, and a full band. These two scenes showcase the work Austin Butler did to not only recreate Elvis but giving us a true sense of what it must have been to see 'The King' perform at the height of his craft and fame – most of the time it's Austin Butler doing the actual singing.

While the first half of the film is visually exhausting, the second half is deep into the demons that took over Elvis's personal life. It's not as if the complex relationship between the artist and manager is exposed, that IS the film. And you may find your opinions of some of the main characters in the Elvis entourage changed after watching this glitzy biopic.

Music-wise, there's plenty of it, but often hints of the famous Elvis songlist are woven together with Luhrmann-esque symphonic layering.

Elvis never performed outside of the US, the reasons made apparent in the movie, but his influence reached far and wide, even to Thailand.

His Majesty King Bhumibol Adulyadej and Queen Sirikit met Elvis Presley in Paramount Studios, on the 'GI Blues' movie set, in June 1960. Duke Ellington was also present in the room. Thailand's King Bhumibol Adulyadej was 32 years old at the time and had just begun the 10th year of his reign. So Elvis has always had a place in Thai pop culture and remains a popular artist. He's even spawned a whole Thai Elvis impersonation industry and performances. 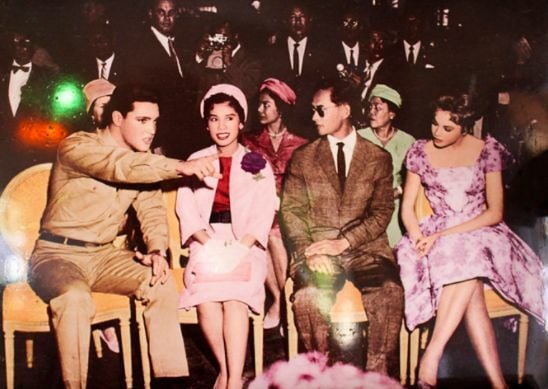 ‘Elvis’ the movie – all shook up in a blancmange of jump suits and pop tribute have 851 words, post on thethaiger.com at June 23, 2022. This is cached page on Asean News. If you want remove this page, please contact us.