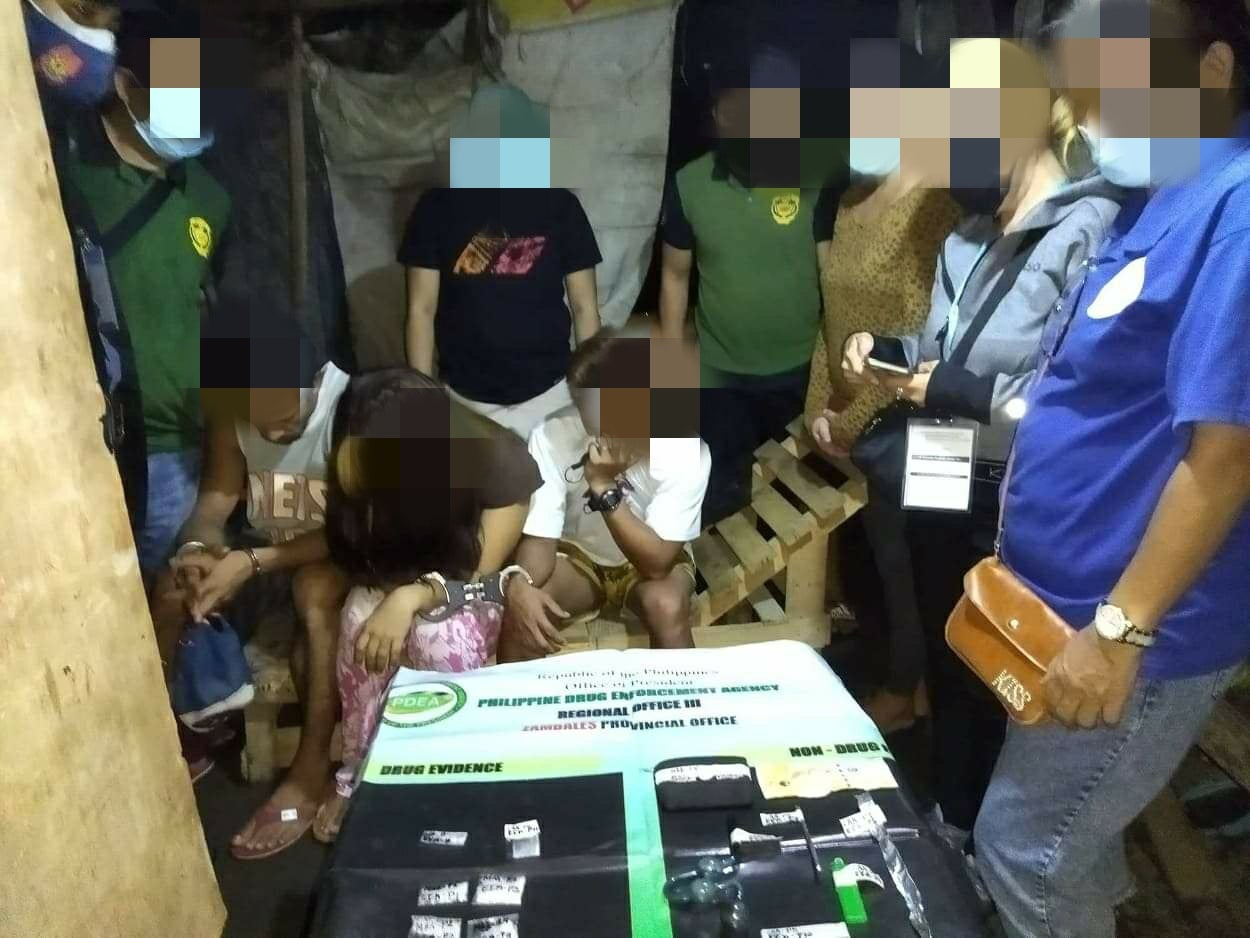 An alleged drug den operator and two other suspects were arrested on June 26 inside a makeshift drug den in Subic town, Zambales province. (Photo courtesy of PDEA)

SUBIC, Zambales—Some P89,700 worth of "shabu" (crystal meth) was confiscated during an entrapment operation Sunday in a makeshift drug den in this town, authorities said.

Reports from the Philippine Drug Enforcement Agency (PDEA) said a drug den operator, identified as Abbygail Cleofe, 37, was arrested together with two other suspects, Ace Narez, 30, and Michael Tolentino, 34, during the operation at Purok 3, Tala Extension in Barangay Matain.

The suspects will face charges of violating the Comprehensive Dangerous Drugs Act of 2002.

PDEA seizes over P100K worth of shabu in Subic bust