The Global Summit of Women 2022 in its 32nd year officially took place in Bangkok over 2 days from 23-25 June.

The international forum put Thailand in the limelight with more than 600 participants from over 51 countries in attendance. It was also an excellent opportunity to showcase the kingdom's capabilities in hosting an international-standard forum and reinforce the country as a 'World Destination' for international convention and tourism, following the nation's reopening to tourists from across the globe.

Siam Piwat Co., Ltd, a leading property and retail developer – the owner and operator of global retail destinations Siam Paragon, Siam Center, and Siam Discovery, and a joint venture partner of ICONSIAM and Siam Premium Outlets Bangkok, was honoured to co-host and serve as venues to those attending the Global Summit of Women 2022. ICONSIAM, a global landmark on the bank of Chao Phraya River, and Siam Paragon, a world-class shopping destination, welcomed the delegates with majestic Thainess, the rich cultural heritage of each region, to showcase Thailand to the eyes of the world. Warmly welcoming the participants were Kobkarn Wattanavrangkul, Chair of the Thai Host Committee and former Minister of Tourism and Sports, together with Chadatip Chutrakul, Chief Executive Officer of Siam Piwat and one of the Thai Host Committee. 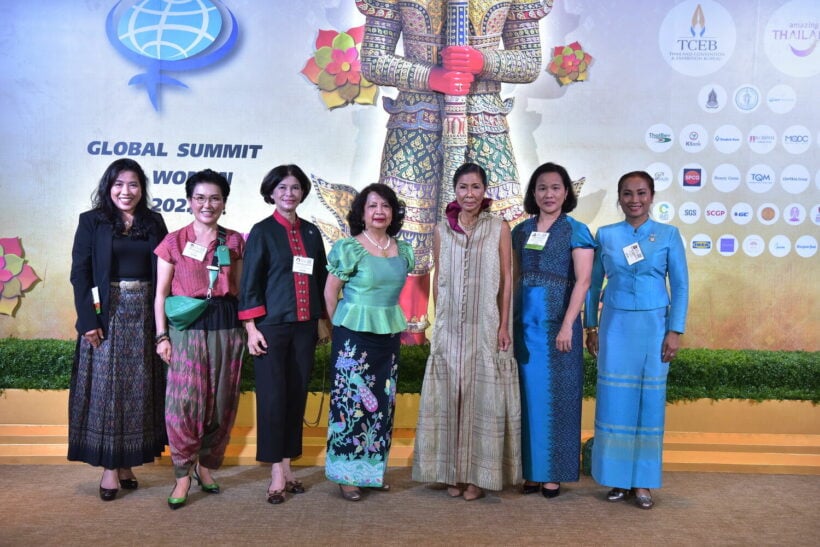 In addition, the women leaders visited SookSiam, a Thai-style town of happiness and fun. The venue presented Thai ways of living and the rich cultural heritage of the 4 main geographical regions through different foods, arts, and handicrafts, set in the captivating local atmospheres of each region. The next stop was ICONCRAFT, on the 4-5 Floor, an inspirational platform and the largest centre of Thai craftsmanship by local artisans across the country, promoting Thai artisanal excellence and glorifying creativity and local wisdom that are featured in handicrafts. The delegates also participated in the Thai fragrances and potpourri sachets fan workshops. Various craft demonstrations were also featured including floral embroidery on silk, Benjarong ware painting, miniatures sculpting, and the making of silver accessories on natural wood using the ancient Japanese metalworking mokume-gane technique to adorn Samurai swords in the late Meiji era. 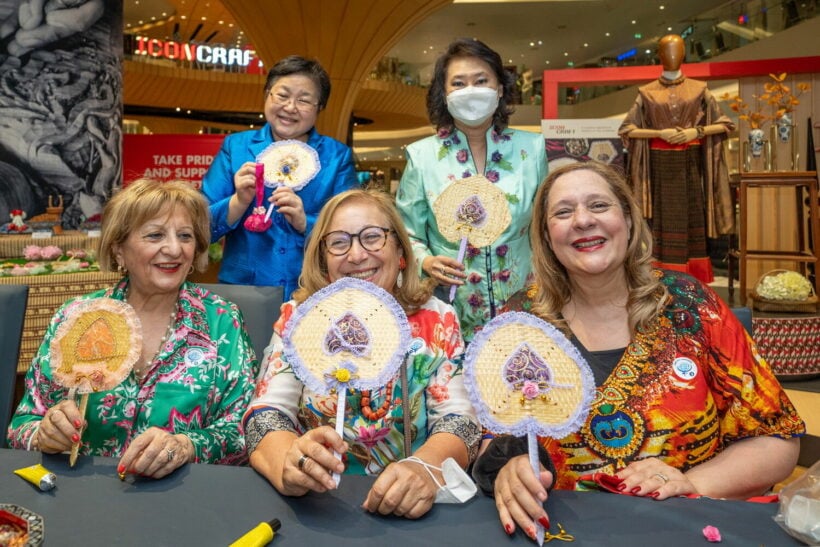 On the special night of  June 23, Siam Paragon hosted the "Global Summit of Women 2022 Welcome Dinner" for over 600 participating leading women from more than 51 countries.  Themed the magical Thai living, the welcome dinner was to promote the magnificence of Thainess to the eyes of the world. 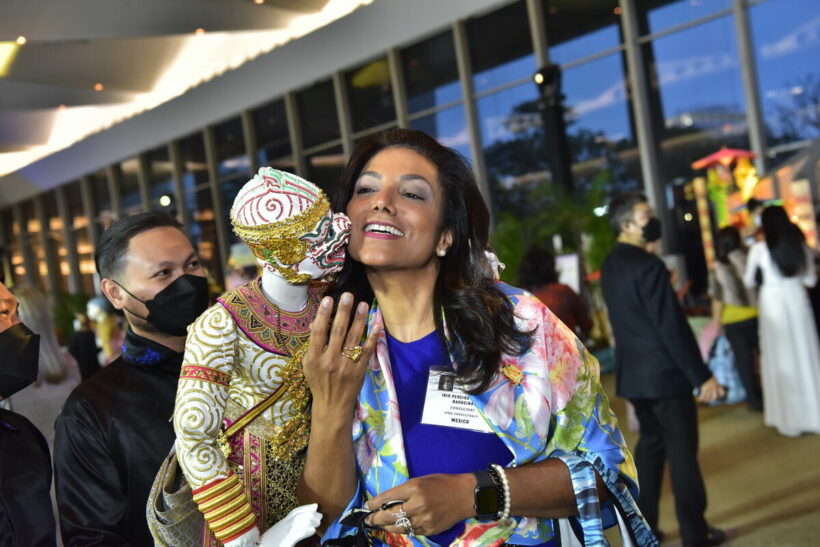 From the Siam Paragon entrance on the G floor to the dinner venue at Royal Paragon Hall on the 5th Floor, Thai identity was showcased through decorations such as sculptures, beautiful images of tourist attractions, and Thai cultural performances from Thailand regions. In addition, the Suanplu Chorus was performed to welcome the female leaders and distinguished guests as well as traditional Thai puppets of the Joe Louis Theatre. Featured also were the 4 regions' handicraft demonstrations including the Bo Sang umbrella from the North, basketry from the Northeast, carving and floral garland from the Central Region, and shadow-puppet from the South. Impressive souvenirs were given to the women leaders like the Bo Sang umbrella, woven carp-shaped wind hangings, and miniature flower garlands. At the welcome dinner, the host meticulously prepared Thai foods crafted from premium ingredients and spectacular shows including the Ramayana Khon performance: the Sattayanaree (Sida Lui Faai) episode, UNESCO has listed the Thai khon masked dance as an intangible cultural heritage of humanity. Featured also were the traditional cultural performances of the 4 regions themed Welcome to Thailand; Fon Tee dance from the North, Rabam Ton Worachet dance from the Central, Nora dance from the South, and Pong Lang dance from the Northeast. Another highlight was the theatrical boxing Tumrub Tubjak, Thai boxing, set in the fun atmosphere of a temple fair – to impress the women leaders and distinguished guests for the whole night.

Siam Piwat welcomes world’s women leaders from over 51 countries have 872 words, post on thethaiger.com at June 27, 2022. This is cached page on Asean News. If you want remove this page, please contact us.